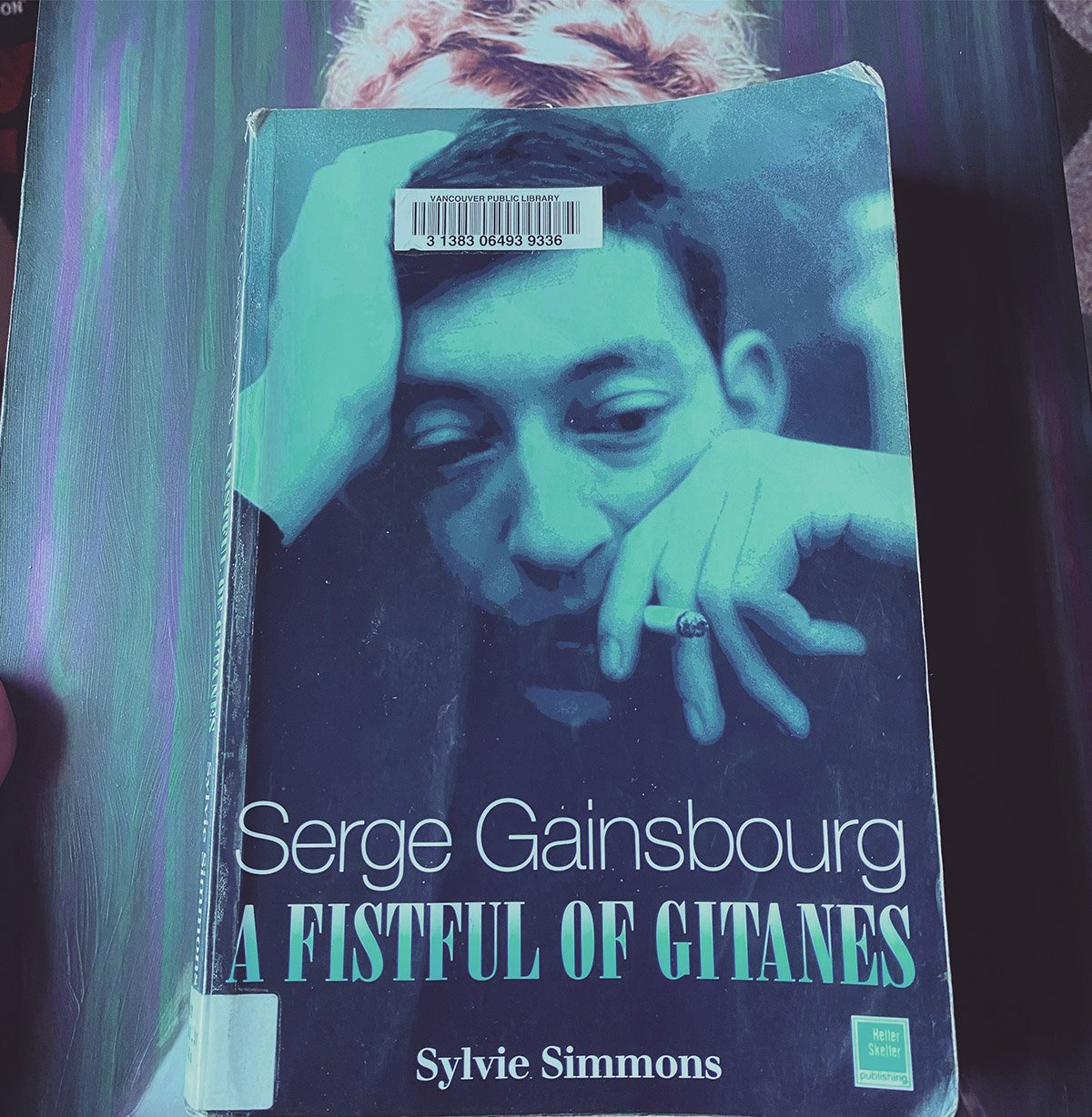 A Fistful of Gitanes : Serge Gainsbourg
by Sylvie Simmons

Book of the week is a biography of legendary French musician/writer/artist/provocateur/chain smoker Serge Gainsbourg. I guess the English equivalent would be a anarchist mix of Bob Dylan’s prolific wordplay with Andy Kauffman’s commitment to character , topped off with the dirty-old-man qualities of Bukowski (but rich and fancy instead of skid row and scabby).

Really though, Gainsbourg is just Gainsbourg. He wrote 550 songs, made a couple super uncomfortable films, wrote a book about a guy who becomes a famous visual artist by harnessing the power of his farts on canvass, and once clarified for Whitney Houston that yes, he wanted to fuck her while they sat as guests on a live TV talk show. He also smoke 5 packs of unfiltered Gitane cigarettes a day before his second heart attack killed him at age 62.

This book is written with affection and humour and I wish I spoke French better so I could appreciate the puns and genius wordplay in his songs. Instead I can only suggest you search out both his versions of  “Je t’aime moi non plus” and tell me which is better: the Brigette Bardot version or the one with Jane Birkin? It’s a tough call but Serge married Jane Birkin so…

…but there is this entire 1990 french documentary B.B En Chansons (Bardot Sings) that has lots of old, kick-ass Bardot television clips, interviews and some fun stuff with her and Serge that starts around the 46:00 mark. Vive Bardot!