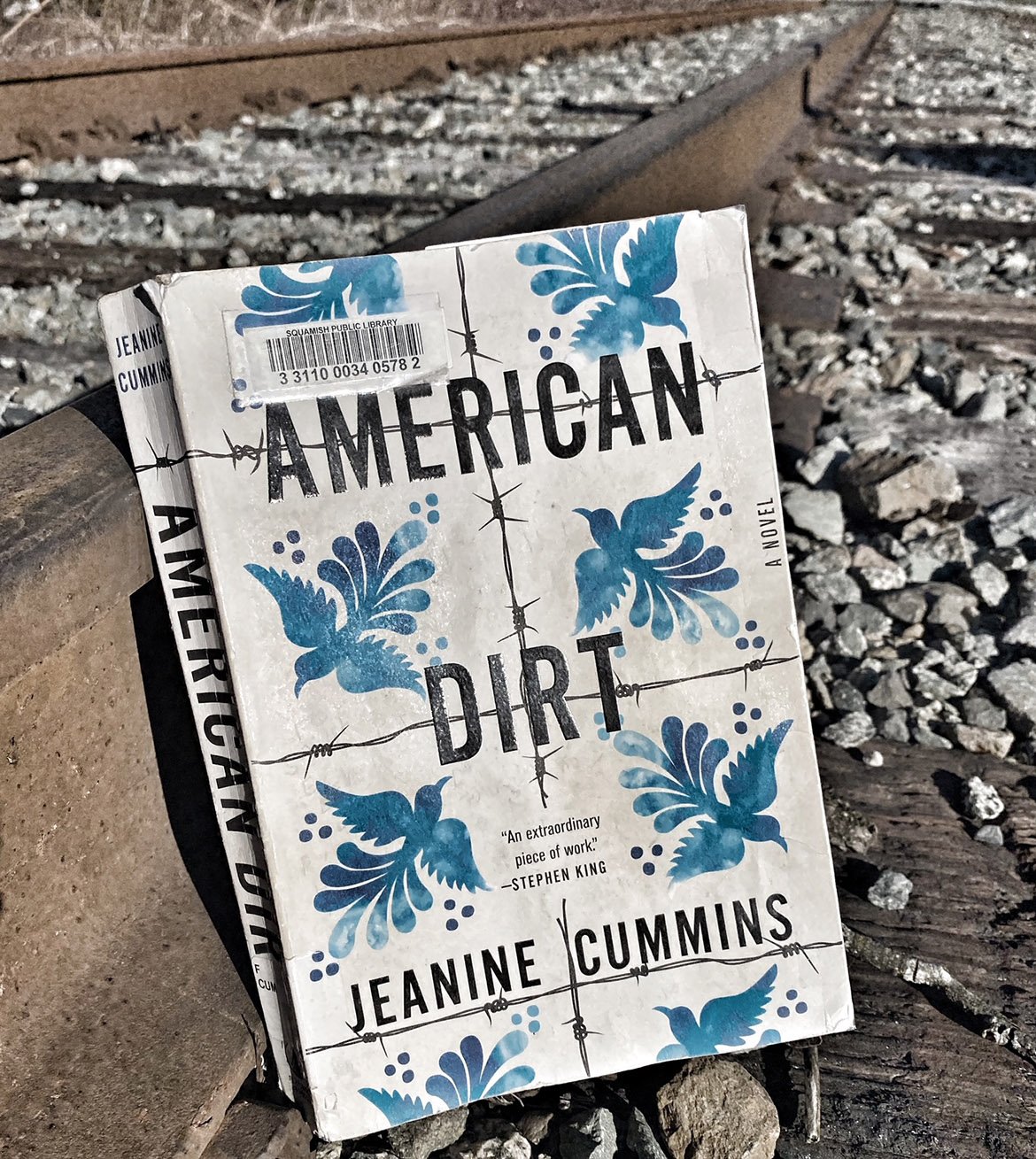 The book of the week opens with a is an absolutely gripping tale of a mother and son forced onto the run from their home in Alcapulco, Mexico after her husband and family are brutally murdered by the local cartel.

Bound for American soil (dirt) the duo faces challenges at ever turn as they ride la bestia, the north-south network of freight trains that delivers an estimated 400-500,000 refugees each year to the Mexico-US border.

This is a work of fiction but Cummins, an exhaustive researcher, writes with a keen understanding of desperation, despair, courage, and hope. (And pacing/tension—this read will raise your blood pressure.)

Bubbling just beneath the prose is the realization that this story, or one very similar to it, plays itself out thousands of times each day in Mexico, Latin America, and many points south. It reminded me of one of The Border Trilogy, a Radiolab podcast series from Latif Nasser and Tracie Hunte, that peels back a number of layers on the harrowing journey people will undertake in pursuit of a better life.

So I pasted it all below (You should be following Radiolab whereever you get your pods though.)

While scouring the Sonoran Desert for objects left behind by migrants crossing into the United States, anthropologist Jason De León happened upon something he didn’t expect to get left behind: a human arm, stripped of flesh.

This macabre discovery sent him reeling, needing to know what exactly happened to the body, and how many migrants die that way in the wilderness. In researching border-crosser deaths in the Arizona desert, he noticed something surprising. Sometime in the late-1990s, the number of migrant deaths shot up dramatically and have stayed high since. Jason traced this increase to a Border Patrol policy still in effect, called “Prevention Through Deterrence.”

We begin one afternoon in May 1992, when a student named Albert stumbled in late for history class at Bowie High School in El Paso, Texas. His excuse: Border Patrol. Soon more stories of students getting stopped and harassed by Border Patrol started pouring in. So begins the unlikely story of how a handful of Mexican-American high schoolers in one of the poorest neighborhoods in the country stood up to what is today the country’s largest federal law enforcement agency. They had no way of knowing at the time, but what would follow was a chain of events that would drastically change the US-Mexico border.

After the showdown in court with Bowie High School, Border Patrol brings in a fresh face to head its dysfunctional El Paso Sector: Silvestre Reyes. The first Mexican-American to ever hold the position, Reyes knows something needs to change and has an idea how to do it. One Saturday night at midnight, with the element of surprise on his side, Reyes unveils … Operation Blockade. It wins widespread support for the Border Patrol in El Paso, but sparks major protests across the Rio Grande. Soon after, he gets a phone call that catapults his little experiment onto the national stage, where it works so well that it diverts migrant crossing patterns along the entire U.S.-Mexico Border.

Years later, in the Arizona desert, anthropologist Jason de León realizes that in order to accurately gauge how many migrants die crossing the desert, he must first understand how human bodies decompose in such an extreme environment. He sets up a macabre experiment, and what he finds is more drastic than anything he could have expected.

The third episode in our Border Trilogy follows anthropologist Jason De León after he makes a grisly discovery in Arivaca, Arizona. In the middle of carrying out his pig experiments with his students, Jason finds the body of a 30-year-old female migrant. With the help of the medical examiner and some local humanitarian groups, Jason discovers her identity. Her name was Maricela. Jason then connects with her family, including her brother-in-law, who survived his own harrowing journey through Central America and the Arizona desert.

With the human cost of Prevention Through Deterrence weighing on our minds, we try to parse what drives migrants like Maricela to cross through such deadly terrain, and what, if anything, could deter them.

Shout out to Cortney Brown who introduced me to Radiolab and then called it: “Buddy, I just changed your life.” Which was true. Cortney’s favourite pie is strawberry rhubarb but she’s always ready to get down on a peach cobbler as well.