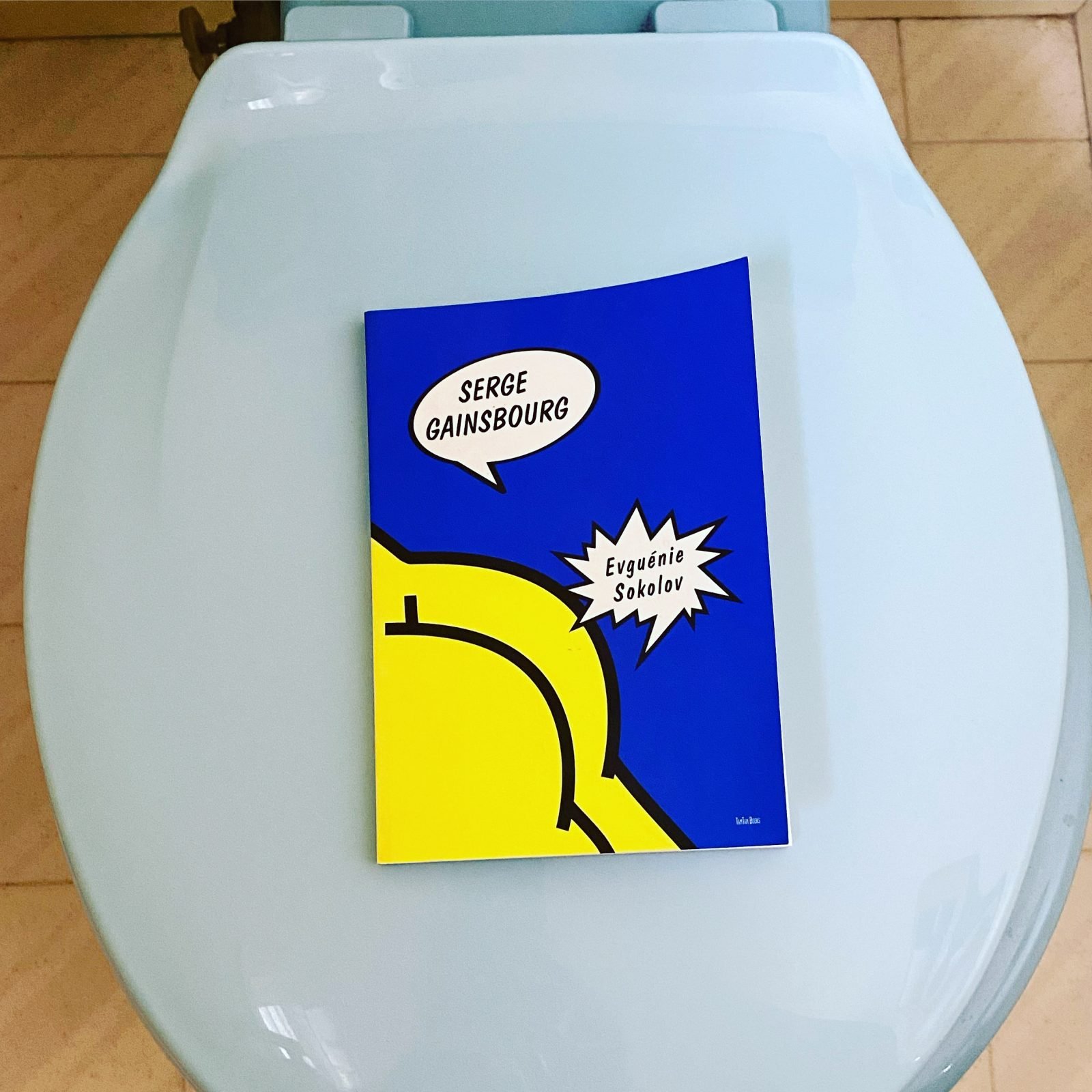 After devouring the Serge Gainsbourg biography last week, I found myself very intrigued about this book, apparently the only “novel” Gainsbourg ever wrote.

Self-Described as a “parabolic tale” and published in 1980, Evguénie Sokolov is fast-paced biography about an artist cursed from birth with extraordinarily potent and frequent farts. Room clearing, nanny-estranging, hard-to-make-friends farts.

After a short but enjoyable stint in the army (farts are a celebrated part of barrack-life masculinity) Solokov discovers his artistic groove—but sitting on a sort springy bicycle seat he can touch brush to canvass and use the velocity of his farts to create seismic-like “gasograms,” which of course propel him to fame as he becomes the darling of the global art world and the leader of a new “hyper abstractionism” style.

And so it goes. Gainsbourg writes his (very short) novel in a style that is both long-winded (ha) but also precise, somehow both scientifically brisk yet also ridiculously extra. All the while being exceptionally funny. (At one point he lists no fewer than 35 fart-themed nicknames affectionately given to Sokolov by his chums in the military).

Is Evguénie Sokolov an attempt to insert Gainsbourg’s trademark provocateurism into the worlds of literature and visual art? Most certainly, the mere idea (let alone a well-thought-out narrative) that a person could become a world class artist on the backs of his farts is a statement on the emptiness of the art world. At the same time, the idea of embracing your inner darkness—no matter how secretive and wretched—and turning it into acceptance and success fits well with the playful optimism that runs through much of Serge’s music. (Despite the translation, the similarity of the words “art” and “fart” provides a good example of the sort of nimble wordplay Gainsbourg often used in his songs.)

Bu don’t take Serge too lightly. He opens this story (which you can easily read in a day) with a single proclamation: “The mask falls, the man remains, and the hero fades away.” But is the hero our ego, or a slowly dissipating fart?