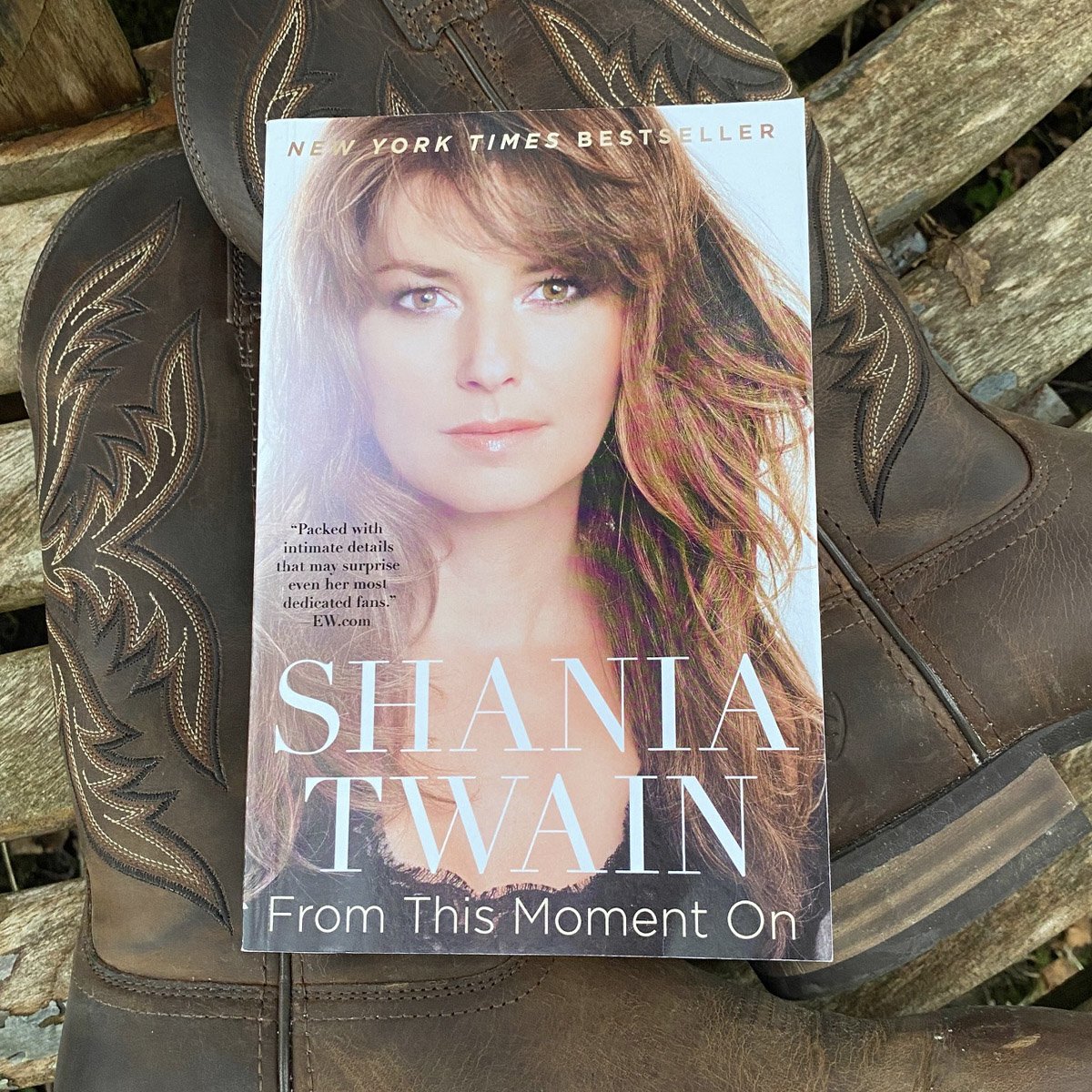 From This Moment On
by Shania Twain

In the 1990s it was hard to avoid Shania Twain, even for a hair-metal aficionado turned gangster-rapper-by-trade like me. But with over 100 million records sold worldwide and her string of infamous sexy music videos, Twain blew the lid off the country music establishment right around the time when the Riot Grrrl bands were kicking down doors in rock, the righteous babes were bringing punk independence to folk singer/songwriter clubs, and radio pop was dominated by five Spicy UK lasses pushing Girl Power to literally the entire world. But even amongst these icons, trailblazers, and game changers— Shania stood out.

But like all success stories— especially female ones, especially female successes in those days (but also since forever)—the establishment was quick to shit on her. Country music purists didn’t immediately warm up to the hard rock vibe of her songs (her co-writer/producer/and later husband Mutt Lange had produced all those bangin’ Def Leppard albums that sold tens of millions of copies) while the pearl-clutchers gasped (and banned some videos) over the fact that Shania would dare show her midriff in a music video. Record execs critiqued her for being “too independent” and for “refusing to conform to a single archetype of femininity.” Country-rock icon Steve Earl is even reported as calling her “the world’s highest paid lap dancer.”

But the people—the ones who buy music and who crank the volume when a good some hits the radio—they knew a golden thing when they heard it. And if there’s one way to make the establishment shut the fuck up, it’s to make them a shitload of money. Which is exactly what Shania did. Six American music awards, 4 Academy of Country Music Awards, 11 Billboard Music Awards, 41 BMI Songwriter awards, 34 Canadian Country Music Awards, 13 Junos, 5 Grammy Awards and yes, no hyperbole, over 100 million records sold around the world. (Even in 2022, she still has over 8 million monthly listeners on Spotify.)

Not bad for someone who used to show up at school with just a mustard sandwich for lunch, or nothing at all. “On mornings when there was no breakfast to be had,” Shania writes in From This Moment On, “I’d be especially famished come lunchtime. Bu so as not to draw attention to myself I’d eat my mustard sandwich as s-l-o-w-l-y as possible—I didn’t want to finish way ahead of everyone else.”

Published in 2011, this book sees Shania (real-name Eileen) outlining her childhood hardships in a painfully honest, if very forgiving, manner. There are (multiple) stories of sexual abuse from neighbourhood men, domestic abuse (nothing like watching your dad bash your mother’s head against a toilet at age 4) and memories of her entire family (2 adults, 4 kids) living in a one-bedroom cabin then relocating to a “nicer, larger” place that had maggots living in the carpet.

These grim stories are punctuated with flashes of happiness, but mostly there are memories of music. Shania found her path at an early age, she was writing songs and teaching other kids how to play guitar for money at age ten. Before she was a teenager she was touring the live club circuit, handing charts of her own songs to the all-adult, almost all-male musicians to learn. Under her mother’s wary eye (“she taught me to never leave my glass of soda unattended… and I had to leave the stage when I played in between sets at strip bars.”)—Twain was on the road and riding the trains in pursuit of her dreams. All this before her 13th birthday.

At over four hundred pages, From This Moment On is very detailed—she doesn’t graduate from high school until page 153—and had already seen plenty of the pervy, gross underbelly of the music industry by the time she has to give everything up to care for her family after the death of her parents in a car wreck.

Through all of this, plus the rough road through Nashville and into the mega-successes, perks, (and problems) that come with being one of the biggest stars on the planet, Twain writes with candour, vulnerability, and a palpable fearlessness. This book is far less fun than her music, but the story, and the woman behind it, is nothing but strength, style, and grace.

(And her outfit in this video is hall-of-fame worthy. The luggage!!?)

Shania Twain is so successful her awards list needs its own wikipedia page. (And a lot of them are because of this song.)

According to her book (page 5- because information this important needs to come out early on) Shania Twain’s favourite pie is blueberry, the way her grandmother used to make it, with fresh picked berries.