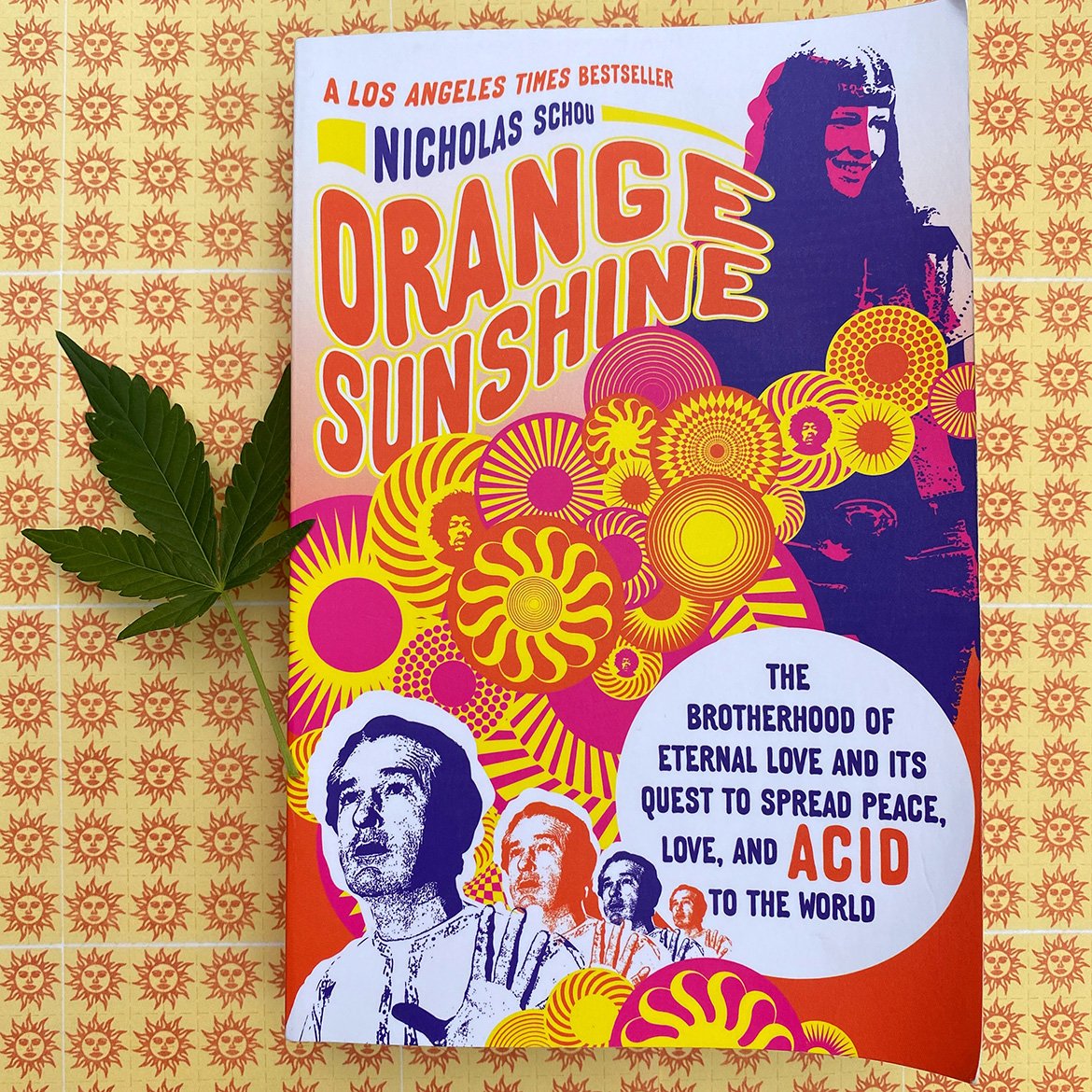 The true story of a bunch of California outcasts who got into acid early and decided the world needed to get on the a-train in the biggest way possible. What started as a cluster of ex-car-club tough guys looking to help people find god/love/peace/whatever through good chemistry turned into a global drug smuggling/producing cartel that didn’t just ride the late-60s/early 70s wave of Sex, Drugs, and RocknRoll…it helped create it.

Along they way they pioneered Afghani hash smuggling, helped invent the Maui Wowie strain of marijuana, gave Timothy Leary’s “tune in, Turn on, and drop out” campaign a second wind, pissed off a lot of straight-edge cops, and may or may not have once rented a plane to drop thousands of cards that read “Let Sunshine Do” onto a music festival audience outside Laguna Beach, CA. Each card had a hit of Orange Sunshine acid attached….

I got kicked into this book after reading the Mason/CIA book and while there doesn’t seem to be any CIA/acid links here (the Brotherhood were straight up gangsters and the DEA was set up to stop them) it does say that Manson and his crew of wingnuts were very likely ingesting Orange Sunshine at some, or many, points of their story. Orange Sunshine isn’t the best book on smuggling or drugs but it definitely has a well-deserved place in the cadre.

On a side note: LSD, or acid, was first synthesized by Swiss scientist Albert Hoffman back in the 1930s after he discovered a chemical found in a funcus that grows on rye and other grains. On April 19, 1943, Hoffman took a decent sized hit of the chemical and went for the greatest bicycle ride of his life. However, my buddy Chili always claimed that LSD, or at least the natural occurring version of it, has been around since the middle ages. People would eat moldy rye bread, he explained, and get super fucked up. According to Chili this explains why women were accused of witchcraft back in the day, as well as shit like dragons, medusas, and other such hallucinatory details in history. “People were unknowingly fucked on acid back then,” he claimed. “And they couldn’t handle it.”

Whether that is true or not, we will never know. But the idea of a bunch of medieval dudes getting scared by something they don’t understand and instantly blaming women doesn’t seem like much of a stretch. That shit still happens today…

Public Service Announcement: Regardless of your views on acid, it’s important to remember that it’s all fun and games until someone goes crazy and tries to chew their way through a wall or leap from the treetops ’cause “fuck ya I can fly, can’t everyone?” I believe in and support mind-expansion and have had nothing but good times at Burning Man, but also kinda feel like my buddy Calder was right when he said, “Everyone has an acid number, a limit to how many they can take before it fucks them up. For some people the number is one, for others it might be 15,034. The thing is you just never know…”
So yeah, if your mind/emotions/general vibes are not in a good place, maybe don’t take the acid…go eat a pie instead.
(Also apparently it is still illegal pretty much everywhere)

Recipe: The Joy of Cherry Pie