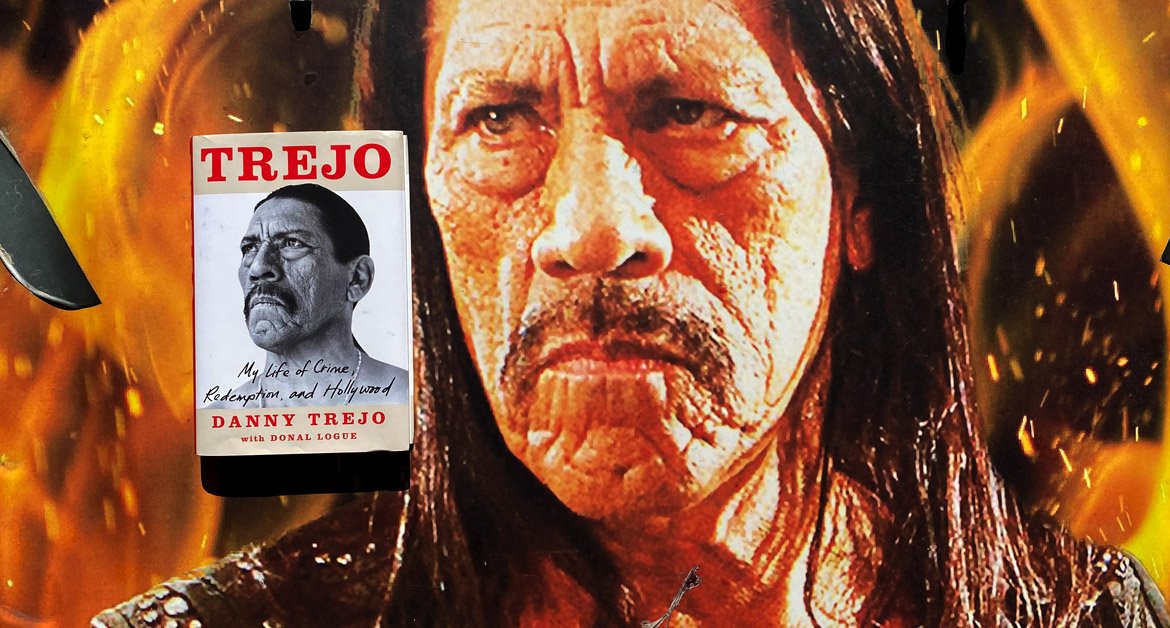 Trejo — My Life of Crime, Redemption, and Hollywood
By Danny Trejo with Donald Logue

That’s a hell of a way to open a book, and beloved actor Danny Trejo backs it up hard in this memoir of his life from kid to convict to one of the hardest working and most respected actors in Hollywood.

Co-written with actor/writer Donal Logue, this life-story has it all: armed robbery (with a grenade!) car chases, prison riots, tacos, drugs, hookers, movie stars, parenting challenges, family loyalty, fighting wildfires and, most importantly to Trejo, numerous tales of helping people. “Everything good that’s ever happened in my life,” Trejo writes on page 111, “has come as a direct result of helping someone else and expecting nothing in return.”

Much of that comes through Trejo’s work with recovering addicts and at-risk youth, but the book deftly avoids sliding over into the realm of preachy sentimentality. Instead, Danny delivers grimy stories of life on the streets of LA in the 1950s, in the California penal system throughout the 1960s. (In 1961, in County jail, he met a “greasy, dirty, scrawny white boy” so poor he had to use a piece of string to keep his pants up. The kid needed protection and would clean cells and take other inmates on “drug trips” using his hypnotic powers. “Even before I fake-fixed, I could taste it in my mouth,” Trejo writes. “I felt the warmth flowing through my body. If that white boy wasn’t a career criminal he could have been a professional hypnotist…but he was, in fact a career criminal. He was Charles Manson.”)

The first half of the book is full of equally wild tales. But despite nearly all odds being stacked against him, Trejo got out of prison, stayed clean, and focused his energy on helping other people do the same. Called to a film set one day by a young actor he was sponsoring; Trejo was mistaken as an extra in the prison movie they were filming, hired as a boxing coach for the star, and thrust into the world of movies and make believe. Since then he’s accumulated 329 acting credits (averaging 14.5 a year!!!) and at 78 years old is still givin’er way fucking harder than anyone else—dude once flew from Rome to LA with a broken jaw and two brain hemorrhages and didn’t bother with the Advil the stewardess offered.

No shitting, this was the best book I read in the past year (and the only one I read twice), and Trejo’s story and perspective is as incredibly entertaining as it is packed with actual earned wisdom. “Hold on tightly,” Trejo advises, “and let go lightly. Some people never appreciate what they have, they’re so wrapped up in what they don’t…A bad day on a movie will always be a million times better than your best day in prison.”

The main image for this post is Trejo’s book on the hood of “Machete” the pick-up truck Rory Bushfield wrapped and named after Trejo’s most popular character, a Mexican superhero asskicker. Read more about Bushy in this profile i did a few years back.