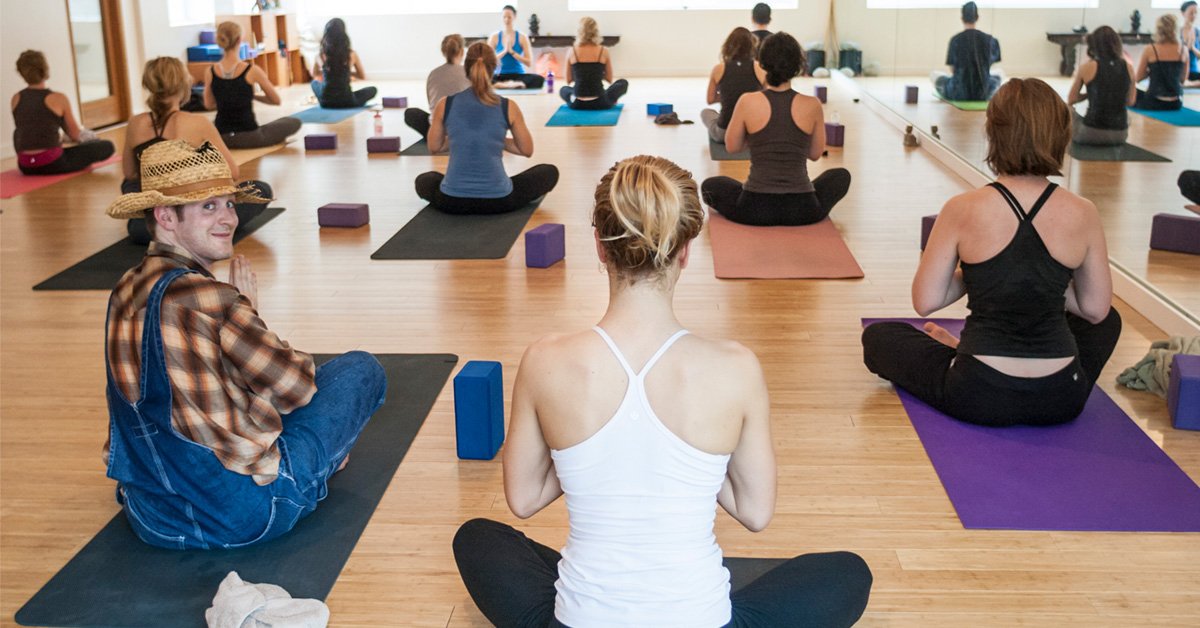 The End of the Line

I’m not a cowboy, but I farm hay and sell it them, and everyone knows they don’t wear Lululemon. They don’t even wear T-shirts. Real cowboys wear Wrangler jeans and long-sleeve shirts with snaps, not buttons. This is the standard outfit for all occasions, from riding the range to delivering calves to tossing 70-pound bales of hay on the back of a truck in 40ºC heat. This outfit is the Cowboy Way, one of the unwritten laws of the West.

Yoga, on the other hand, is the Eastern combination of breathing practices, physically stretched-out postures and balance or enlightenment-seeking meditation, or something close to that. Despite being the largest fitness fad to hit the Western world since Suzanne Sommers’ ThighMaster, yoga hasn’t infiltrated the Cowboy Way just yet, but Mountain Life wanted to see what would happen if it did. So they sent me, a yoga virgin, into a Power Flow class at Whistler’s Neoalpine Yoga in Function Junction. I dressed appropriately.

“If you want to enjoy yoga, come in with an open mind and heart,” advises instructor Elana Kopp. The fact that no one in the class bats an eye at a dude dressed as a scarecrow chugging water out of a recycled vodka bottle proves that as far as openness goes, these yogis practice what they preach. “You’re going to be very warm,” Kopp adds as I slip off my boots.

Inside the studio, it’s all mirrors and hardwood bamboo and hotter than a late-night cooking fire, but luckily Dana, the stunning blonde to my right, turned out to be another yoga instructor, and she agreed to keep an eye on me. I agreed to keep one on her as well.

“Most of my classes are about ninety percent women,” Dana explains to me as she warms up by touching her head to her knees. “Although I teach a class of high schoolers that is 18 boys and 2 girls.” I mention that is the opposite of our class today and she shrugs. “Get a female wearing spandex and the young boys will show up.”

Dana admits she doesn’t care if you’re coming in for the tight pants, stretching and exercise, or if you’re just stressed and constipated. “Whatever you’re here for, you’ll get the other benefits, too – yoga is a gateway.”

Before I can ask her to elaborate, the class begins. Talking or asking questions is not really allowed in yoga, although we do start off with some group ‘Ooohhhhmmmmmmms’ that reverberate around the room with surprising strength and sonic depth. I think they clear the mojo or something, even though I know mojo is a Caribbean word—the idea is probably universal.)

The yoga itself is less painful than being gored by a bull but it’s certainly no sunset walk in the field either. Fighting my way through the various poses, muscles I didn’t know existed begin to ache and my hip and leg tendons scream for mercy. By the third Downward Dog I’m sweating so profusely I can no longer find quite as much humour in the head-down-ass-up sexuality of the pose. My 65 percent polyester shirt and thick denim layering isn’t helping things, either.

There’s a stereotype that yoga people are all really weird and hippie but Dana is quick to differentiate between traditional yoga and the more popular Western variety.

“For a lot of people it’s a fitness thing,” she says. “Western yoga is not so much about the spirituality as about balance, coordination, flexibility and muscle power. Or people do it to reduce stress because it’s a chance for the mind to grow quiet. Just getting people to breathe differently is good for them.”

My mind is more worried about passing out from loss of fluids and making sure I don’t fall over, but when the hour-long class is finished I do feel loose, limber and energized. Later that evening while out drinking with my buddies I even bust off a few of the yoga moves. It feels good.

There’s no doubt that yoga is healthy but I am not sure it will catch on with the cowboys; their standard outfit seems a bit of a hindrance. Next time I’ll make some alterations – cut-off overall jean shorts just might be the next big yoga trend. I’ll be richer than Lululemon. Good thing, because I need a new tractor and a horse: Yoga makes you too stiff to walk.

It’s crazy that there was a time when yoga wasn’t as common as soggy dog shit after the snow melts, but back in 2008 when I wrote this for Mountain Life, yoga was still considered niche and i was keen to make a mockery of it. I’ll tell you one thing, the people in the yoga class were not excited to see a camera in there. We pulled it off though, and photographer Rich Glass pulled off some ninja shit. Dana was a pretty big asset.

The End of the Line