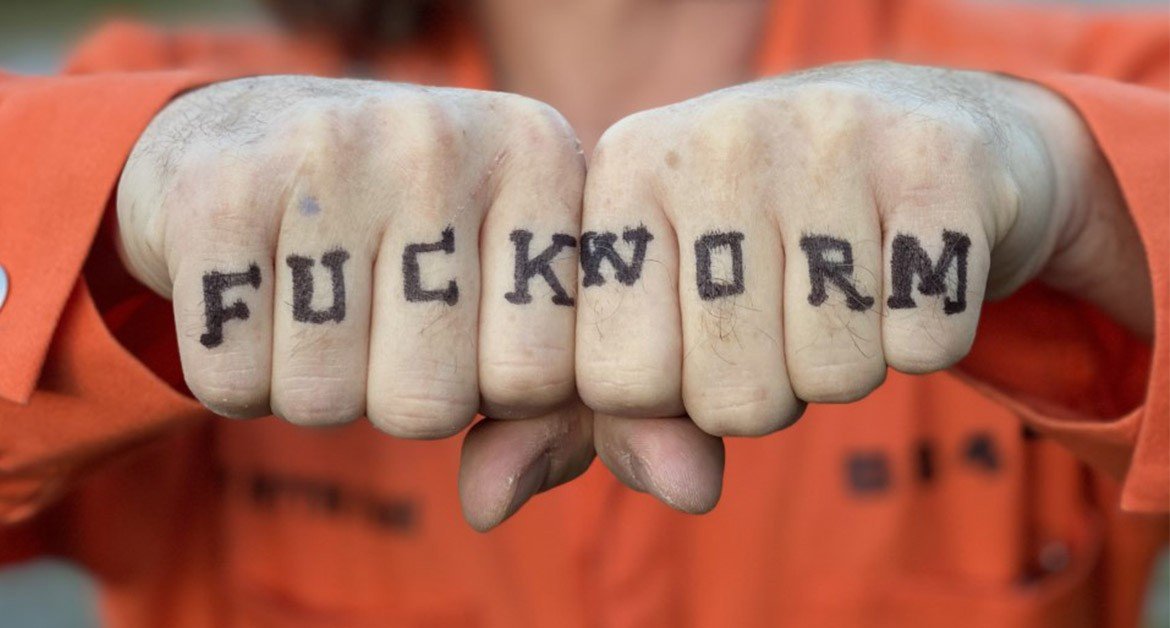 Let’s start by acknowledging that prison sucks (especially in a privatized system where governments help corporations make money by locking up their own citizens on racist, bullshit drug charges and other such nonsense), but if there’s one tiny bit of that whole shitty situation that us un-incarcerated folk can have a little fun with… it’s the knuckle tattoo.

A permanent Knuckle Tattoo is no joke–you better mean it–but a temporary set of “knucks” is a great way to add a little flair to an otherwise ordinary event like your brother’s wedding reception, Easter, $3 Highball night, or a first date. Just grab a sharpie, hammer back a couple shots, and fuckin’ giv’r.

And to help get those creative juices flowing, we proudly present the Pie Quarterly Knuckle Tattoo Generator (above).

And while we’re on it, let the record show the the knuckle tattoo has always existed beyond the prison walls. Check out Robert Mitchum’s murderous priest rocking the classic “Love/Hate” knuckles in the 1955 thriller The Night of the Hunter (which also stars Shelley Winter and late-career Lillian Gish. The Criterion Channel might have it, if not both Apple and YouTube will rent it to you.)

And of course, Spike Lee would pay homage to the timeless battle of Love & Hate (and knucks) a solid four+ decades later with Radio Raheem in the 1989 classic Do The Right Thing.

You don’t need to get quite so deep with your Knucks (and with the list of words Cooney and I curated, you probably won’t be able to), but here’s hoping this Knucks Generator adds a little life, love, or laughter to your next gong show night out with the crew.

Don’t forget, you can always switch the hands around so your second word becomes the first. Go grab a Sharpie and fuckin’ giv’r!!!
(Shout out to my homie K-Tel for programming the generator!!)