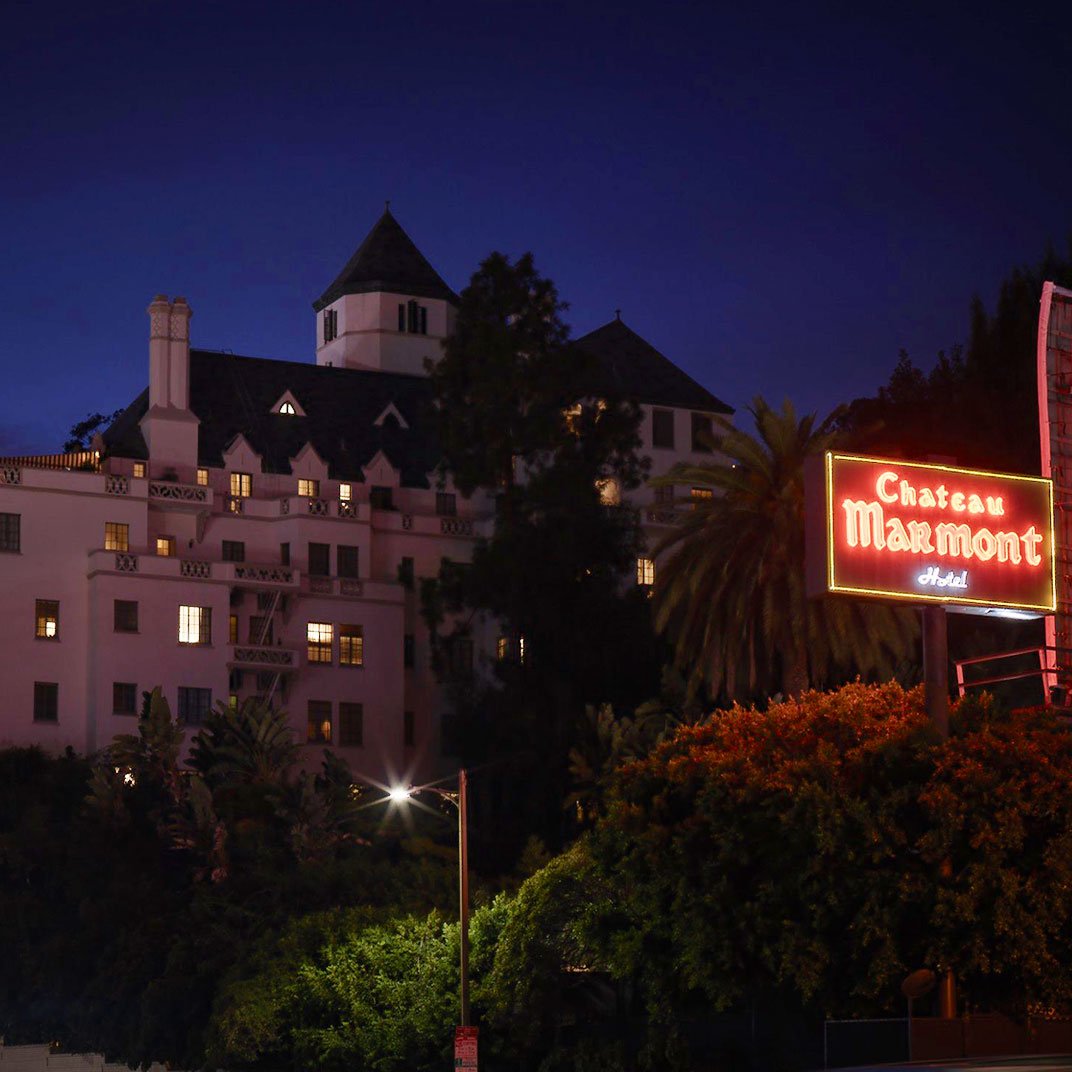 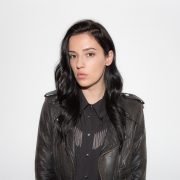 Michael Shannon made me cry…

Continuing on the Hollywood theme, I’d like to say that I think the Chateau Marmont blows.

The hotel itself is an icon. A Gothic structure towering high over the Sunset Strip, it comforts me. I love to stare at it when I drive by and think about all the scandal.

But going inside is a whole other story. The best is when you’re with someone who’s staying there or already having a drink or dinner. But if you’re alone or just unknown, your fate is slated to whatever soul-less, life sucking (but beautiful) ghoul is working as a hostess that night. Guarding entry like a dog from hell, judging you for every ounce of normality you’re made of.

When you do get in, the lobby is alright. It’s filled with dusty old furniture but I guess the charm is that maybe the greats from Old Hollywood once sat in the same place. I will admit the little cocktail bar off to the side of the lobby makes a real nice jalapeño margarita, and I’m sure the food is good. I just usually am too drunk to remember, or with girls that want to eat salad.

Surprisingly I don’t think I ever did cocaine at the Chateau. Which might be why it holds no romance for me.

The first time I went in one of the guest rooms was a casting call for a Terry Richardson photoshoot. I remember standing in the hallway behind a line up of all these real models—all so tall and thin. I was a commercial model so I was normal sized and short. I recall regretting the entire scenario but didn’t want my agent to spaz on me so I just stood there clutching my book and looking at my shoes. When I got into the room Terry was nice. He barely looked at my portfolio but did take a business card of mine I had stuffed in the back page.

“So you know those Jackass guys huh?” Richardson asked.

“Yeah I met you on set one day,” I nervously respond.

I never did well in castings. I never knew acting like yourself was the best route to booking work. But I also had a sneaking suspicion someone from Dickhouse had told Terry not to cast me, ’cause it’s just a bad call at the end of the day. Maybe I just think that to make myself feel better. A decade later I AM SO HAPPY I wasn’t casted.

The second time in a room at the Chateau Marmont was also for modelling, but we just did hair and make up there. I couldn’t enjoy though, because I had some lame boyfriend with me who was pouting because he was jealous that I was modelling. Like jeez, just eat your fucking croissant bro.

The final time I went, and I haven’t been back since, was around the 2015 or 2016 awards season. I was in a terrible stage of my life. Heartbroken from a break up, just had lost another film project, and at age 35 was realizing I was aging. I had a small apartment in Hollywood and got really accustomed to staying inside. I only went out to go to set to work. I ordered delivery of everything else; drugs, food, you name it.

My good friend texted. “I’m drunk meet me at the Chateau.” The lure of being able to pass the dreaded gatekeepers and just have a damn cocktail.

For some insane reason, I remember I wore a trashy faux velvet leopard print skirt. It was a little small but it was on. I smoked so much more weed before my Uber came and threw caution to the wind.

I remember walking up from the road past the valet repeating to myself, “You can do this, you can be a human, you can hold a conversation.”

I approach the hostess booth. The two girls stand up straight, ready to judge, chop and kill.

My friend sees me and waves from a table in the back on the lobby. One hostess looks back. Michael Shannon, the actor, is sitting with my friends. Her attitude shifts. Now she has to pretend to be nice cause I’m being waved at from a table with a celebrity.

“Have a good night,” she grits through her veneers.

“Thanks Babe,” I say cheekily. If I call someone babe besides a love interest it’s 100% a diss.

I walk through the lobby, and see some other famous people I can’t quite place— but you can tell by their leather jackets, stupid giant hats, and boots.

I hug my friend and accidentally turn my back to Michael Shannon when he says hello because I’m grabbing my chair. Oops. Awkward step 1.

I mostly talk to my friend all night, we hadn’t seen each other in months. Everyone else in the place just stared at our table as we had the highest ranking of the famous people. So fucking weird. Just let the man drink.

I was maintaining some semblance of human. This was going well. Until the french fries arrive. Those damn delicious stupid truffle oil fries. I was drunk and starving by then and we all shared. I was really into the groove of being this “person” again when without noticing, I guess I picked something out my teeth with my fingernail, like the fucking peasant I am, i then go in for another fry.

Michael Shannon looks at me appalled, and spits out “Well I guess we’ll all be having what she’s having!” Calling out my disgusting existence.

I don’t remember what I said back, but being my father’s daughter I probably tried to save myself with a joke. But that was the guillotine for my human existence. I don’t think I said much after that. I know my face was as red as the devil’s asshole. I could see that Michael Shannon knew he’d embarrassed me. But being the peasant vs the god, we both knew our places.

I slammed a few more drinks off to the side. The other celebrities, one being Demi Lovato, started to sing “Lean on Me” for some reason. They didn’t know the lyrics to the whole song so they just kept repeating the chorus. It was bad.

Our table walked out as a group, Shannon heading to the elevator as he was a hotel guest.

“Goodnight Lauren, Nice to meet you,” he said in perfect Michael Shannon delivery.

“You too,” I winced, turning to walk out the door like the slobbering hunched over Quasimodo I was.

I cried in the Uber the whole way home.  So drunk and done with the whole scene. This is why I stay inside. It’s better to let some places stay legends.

There is one thing that is really cool about The Chateau Marmont. I heard there’s a cat that lives by the pool named Cat Moss but I never met them.

My friend did. I’m still jealous.

To its credit….Designed and constructed to be earthquake-proof, the Chateau Marmont has held up to the reputation pretty fucking well— it survived major earthquakes in 1933, 1953, 1971, 1987, and 1994 without sustaining any major structural damage. Michael Shannon, while accepted as one of the better actors of his generation, didn’t seem that impressed with me when i interviewed him at the Whistler Film Festival in 2011. To be fair, he’s not wrong: that was like the 7th interview i’d filmed that day and my questions were pretty pedestrian for an artist of his calibre. I didn’t cry though, so that’s good.