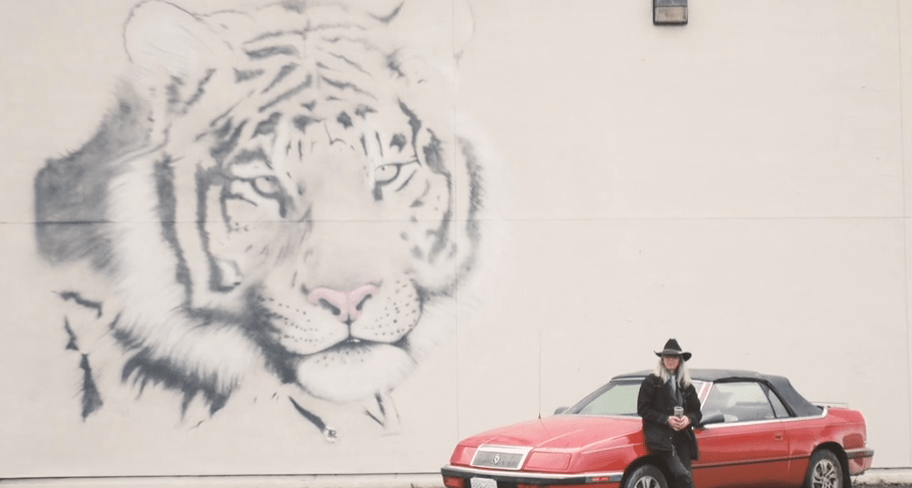 A documentary by Darcy Hennessey Turenne

Hanging from a hillside in rural British Columbia, Jackieland is home to 39 cats, 9 dogs, 8 exotic birds, an uncountable amount of chickens, and several tonnes of materials “saved” from the local landfill. Everything in Jackie Cooke’s life has at some point been cast aside—the rescued animals, the salvaged bike frames, even Jackie herself.

And yet, Jackieland is also a curated collection of objects and stories that flow together to reveal a very honest and insightful perspective of humanity. The more we poke around in the clutter and chaos with Jackie, the more wisdom and compassion we discover…along with a fresh pot of road kill stew.

I met Jackie during those years I lived on a hay farm with my supermodel girlfriend. Despite managing a 40-acre swath of fields and paddocks and irrigation, we were what the locals called “blow-ins” or “all hat and no cow.” Jackie was, by quite a margin, the kindest and most interesting person for a hundred miles in any direction and getting to know her was the highlight of our lives out there.

I knew someone needed to capture Jackie’s perspective on the world, and I reckoned brilliant filmmaker Darcy Hennessey Turenne was the woman to do it. Apparently I produced this little film but all i really did was introduce two friends, keep an eye on the weather, and help run some sound gear. The rest was the magic of character (mixed with Darcy’s hard work and talent).

Darcy (who cites apple-rhubarb as her favourite pie) took this film to the Court Métrage at the 2016 Cannes Film Festival and i got to join her, which was a bit of a lifelong dream come true even though I didn’t get invited onto any of Katy Perry’s yacht parties. Jackie would have for sure.