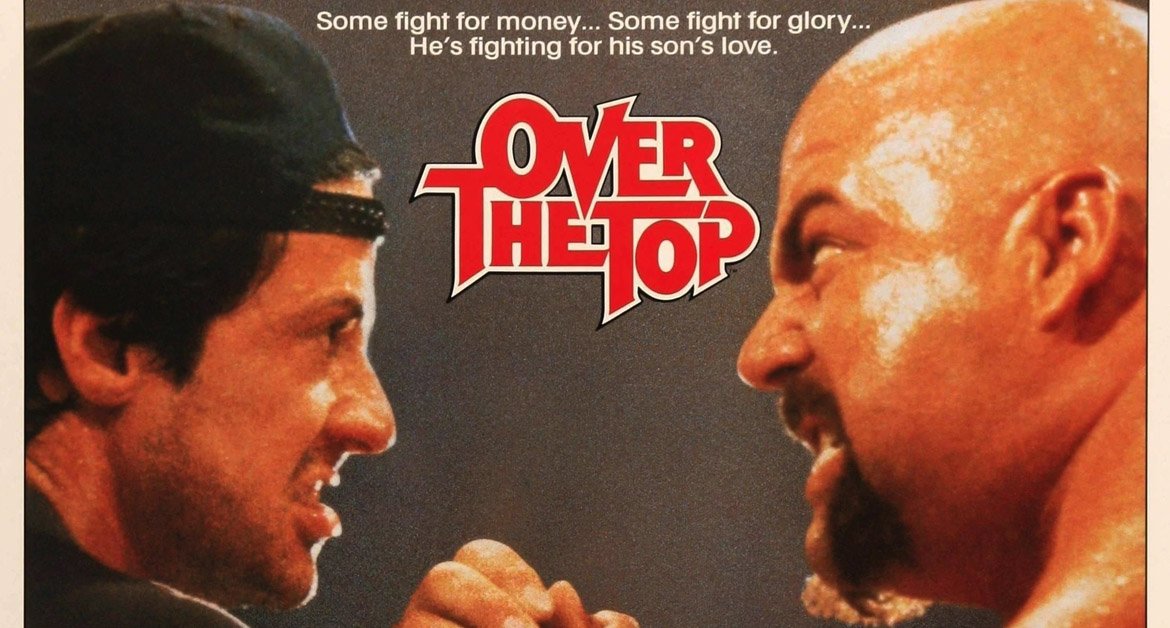 On the surface, this 1987 Sylvester Stallone vehicle (Sly co-wrote the screenplay) is about a heart-of-gold trucker/backroom competitive arm wrestler’s attempt to reconnect with his estranged 12-year-old son against the (well-funded) wishes of his villainous ex-father-in-law.

Dig a bit deeper however, and there’s also a (what seems to be age-old) tale unfolding about the subjugation of the working class—via misinformation and duplicity—by the wealthy 1%. All in the name of progress, manners, and good genetics (of course).

Stallone starts the flick as Lincoln Hawk, a trucker literally wearing a blue collared shirt, who parks his rig and roams a fancy school campus in search of his entitled, rich, military academy son. The boy has been raised by his mother and grandfather and begrudges his dad for 10 years of total absence, but it is mother’s dying wish that the two spend time together so, after a kinda creepy “lets sleep in the truck” scene and an sunrise exercise/stretching montage (think Footloose punch-dancing with the dial turned down to 1), the odd couple find themselves in a middle-of-nowhere diner where Hawk is forced to reveal his side hustle: competitive arm wrestling.

It’s foolish to judge an arm-wrestling movie on pretty much anything but its arm wrestling, and in that arena Over the Top performs. Stallone (twisted yowl-face and all) shoulders the bulk of the acting in order to deliver such parental wisdom gems as “the world meets nobody halfway…if you want it you gotta take it!” and “It’s alright to lose as long as you lose like a winner… with dignity.”

On the other side, the villainous stepfather (nefariously delivered by Robert Loggia, a 60-year screen veteran best known for bit roles in Scarface and Big) is hot in pursuit, spewing lines like “There’s always a way around the law. Go find the loophole, that’s your job.” What may have seemed like villainous hyperbole 43 years ago plays pretty straight in 2022—moving the goalposts to serve their needs is standard practice for these types.

The other lesson of Over the Top is to never discount the power of oiled up meatheads, 80’s ballad rock, and characters whose names match their costumes (I mean, why wouldn’t “John Grizzly” be super shaggy and bear-like?) And of course, In the end, well… you better watch it and see.

Is this a good movie? No? Did me and all 11-year-old my buddies go “over the top” with our fingers every single time we arm wrestled anyone? Absol-fucking-lutely, I still do. And the rich keep getting richer, and the poor keep getting poorer, and the truckers keep on truckin’. Until they don’t… and I guess we’ll see what happens then.

Movie: The Dick with the Long Face