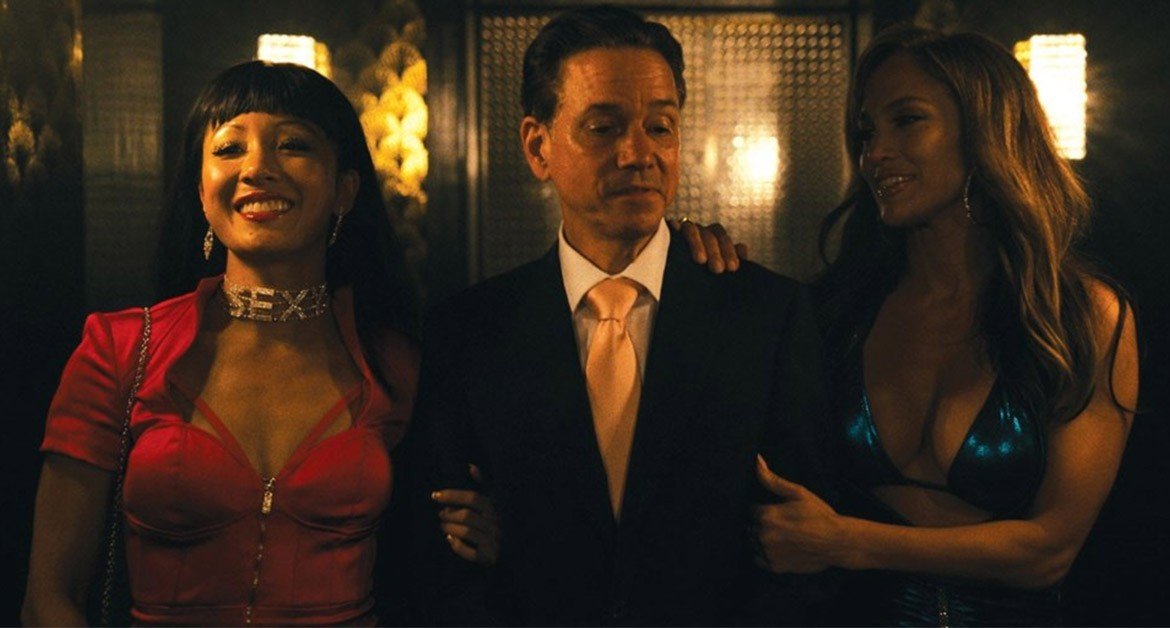 The Sweet Smell of Strippers

I only know a few things about strippers, but one of them is that they are very good at separating a person from their money. The other is that they smell phenomenal.

It was early January 2000 and, like most of Whistler, the crew and I were headed to Las Vegas to drink vodka-Red Bulls and walk around in circles hobnobbing at the annual snow industry trade show. We were hoping to raise funds for our first ski movie. I didn’t even have enough cash to pay for the trip.

Walking into the Royal Bank, I noticed there were ketchup bottles everywhere. “What’s up with these?” I asked the teller.

“It’s ketchup on your RRSPs month!”

This was not the answer she was looking for, but I was 23 at the time and not convinced RRSPs were going to be any good at all when the government collapsed and the world started to end. Vegas seemed like a wiser call.

Upon landing, that thousand bucks lasted almost eight hours. Our hotel was mellow (as legit gangster rap aficionados, we stayed at the Maxim, where Tupac was shot) but everywhere else was a busy, people-infested shit show and renting a limo seemed like the best option to save time.

The limo saved us a lot of waiting for cabs. Then someone, it might have been the limo driver, suggested a visit to the Crazy Horse 2, and a few (let the record show: a few, not all) of us thought that sounded OK—any strip bar good enough to have a sequel seemed worth checking out.

It was, in a “pinch-me-is-this-real?” kind of way. The girls were very limber and kind, and they smelled delicious. The secret, we learned, is in the combination of scents. It’s not one perfume or cream that tickles the senses so deliciously, but rather a combination, a recipe. It’s the way your moisturizer compliments your shampoo and accentuates your body wash, deodorant, and more. It’s a bouquet.

And there went my thousand bucks—gone on night one of five. As my buddy Mikey said on the ride home at 6 a.m., “Well, we arrived in a limo and we left in a cab.”

To be fair, we ate dinner with some of that money—beef dip and chicken fingers, and can you really put a price on clinking glasses with Mike Tyson at 3:15 AM?

The reason I bring it up is because Hustlers opens this week at the Whistler Village 8. It’s based on a true story and stars Constance Wu (Crazy Rich Asians), Julia Stiles (10 Things I Hate About You) Keke Palmer (Akeelah and the Bee) and Jennifer Lopez (Out of Sight) as a gang of ex-strippers who weather the economic meltdown by running a brilliant-until-it-wasn’t heist scam on rich, mostly douchey Wall Street dudes.

As a true crime picture, Hustlers plays out well, but the real magic here comes from the performances (Lopez is already generating Oscar buzz) and the fresh direction from Lorene Scafaria (The Meddler), who brings nuance and humanity to the story and subject matter. (It shouldn’t have been hard to figure out that women would be better at making movies about strippers than men, but apparently it’s taken this long.) Hustlers is definitely worth cashing some RRSPs in for.

Back on my Vegas adventure, someone bought my drinks and I ate cheap for the next four days. My buddies and I didn’t pick up any ski movie sponsors at the SIA show (Chili got a bunch of free socks though) but we somehow managed to make that ski flick anyhow, despite losing our good friend Brett Carlson in a road gap accident along the way.

Brett’s legacy has been immortalized with a lounge and shotski in the brand new Kees and Claire Hut up at Russet Lake, in Garibaldi Provincial Park.

The grand opening of that incredible hut project takes place Saturday, Sept. 21, 2019, with a ribbon cutting up at the hut and an afterparty at the conference centre where Arc’teryx will premiere their latest film The Spearhead.

You should come. I don’t think there will be strippers, but stranger things have happened (and if Johnny Thrash shows up anything is possible…).

Back before the COVID pandemic took a giant, chunky shit on everything, I used to write a weekly “Notes from the Back Row” movie column for Whistler’s Pique Newsmagazine. So every Tuesday night from October 3, 2003 to June 6, 2020 (that’s 870 consecutive Tuesday nights) I would have to sit down and crank out some insight on the latest films (some of which I had not yet seen). It was a hell of a run, and the most popular movie columns seemed to be the ones where I discussed anything but the movies—like this one. In any case, that was my first real writing job and I’ll forever be grateful to Pique founders Kathy and Bob Barnett for giving me a chance to wax poetic, spit game, and make shit up about movies, life, art, and whatever I was into that week. It’s a fucking fantastic feeling to get paid to talk about how much Angelina Jolie rules week after week.