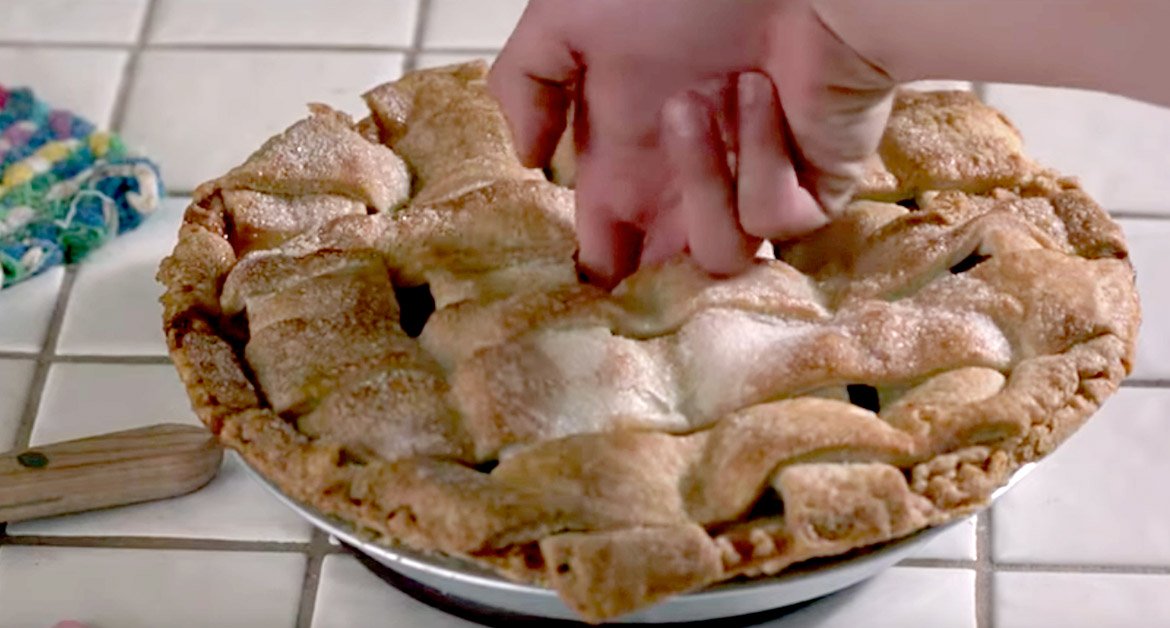 “Live it Up” Podcast

1999 was a weird year (Y2K techno-paranoia, Woodstock ’99 douche-bro riots, Pokémon) but it was pretty decent for movies. And yet, despite the mindfuckery of Being John Malkovich (or Eyes Wide Shut), the Gulf War insight of Three Kings, the simmering anger/angst of Fight Club, the wizardry of The Matrix, the genre-creating simplicity of The Blair Witch Project, the dark satire of Election, or the sad, lonely truth of Office Space, there’s one 1999 cinematic moment that will always be remembered above all others—the time that dude fucked the pie.

FIlmed for just $11 million dollars, coming-of-age comedyAmerican Pie went on to gross over $250 million dollars and spawn 2 theatrical sequels (and 5 straight-to-DVD spin-offs). And that empire was built on the first movie’s geniously singular adherence to the most important trope in the teen movie genre—kids trying to get laid.

And while the set-up-a-webcam-and-watch-Shannon-Elizabeth-get-naked gag hasn’t aged well, the scene where protagonist/virgin Jim fingers, then penetrates, a warm apple pie will likely be included on the next iteration of the Golden Record that we sent out on the Voyager Space crafts to explain humanity to whatever beings are out there lurking on the intergalactic back 40.

Jason Biggs, the actor that played the now-infamous Jim, has since said he’s proud to have become the kind of actor that will do what it takes to make a script come to life. “If I can believe that my character needs to fuck a pie,” he told the Huffington Post in 2016, “then I believe the scene will work and that other people will hopefully believe it … At this point, I have no shame. I have zero shame… I’m really going to fuck a pie.”

And so, this month we shall honour Biggs’ commitment to his craft and the defiling of an iconic American dish, with a so-good-you-might-want-to-give-it-poke apple pie recipe. No Lube needed!

Let cool a bit before serving (more if you’re gonna fuck it). Serve with Vanilla ice cream (get the expensive kind, it’s worth it). Dig in!

“Live it Up” Podcast