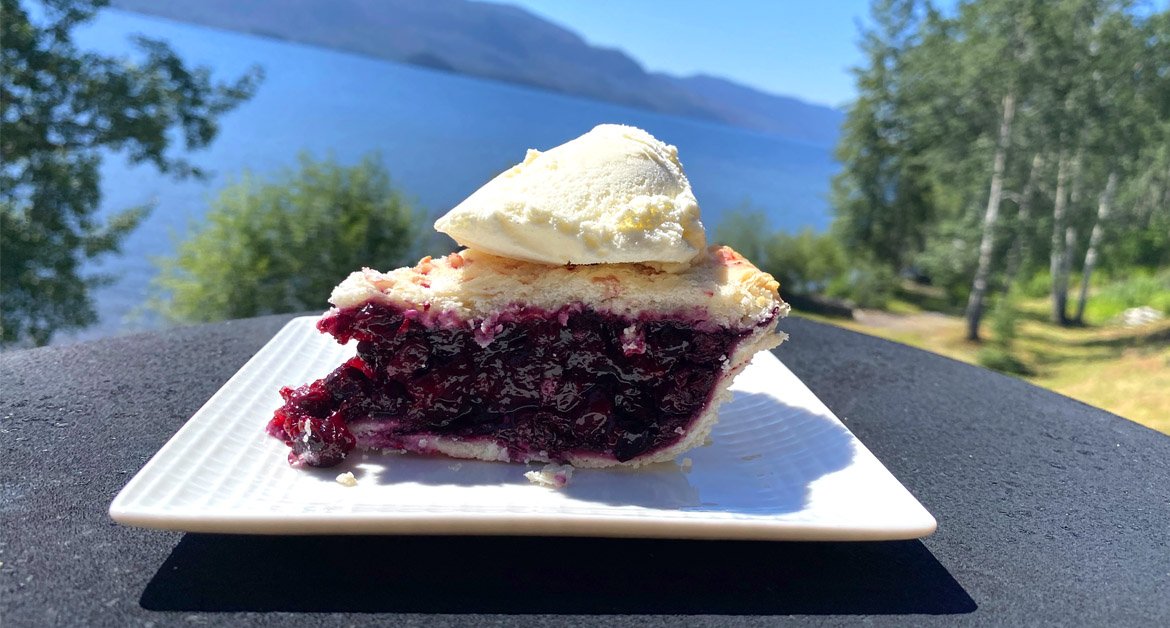 As kids living out in the bush in the early 80s, our options were limited when it came to DIY special effects. Certainly, you could rub yellow dandelion flowers all over your skin and try to convince your mom you had jaundice, but when it came to fake blood (the result of epic sword/stick battles), the only real option was the juice of a saskatoon berry. It wasn’t viscous or full-bodied enough, but it was all we had (and even then, only for a few weeks each summer.)

For the uninitiated, the saskatoon is blueberry-like fruit that grows on a deciduous shrub (more like a small alder tree than a singing bush) across western Canada, Alaska, and some north-central and western states. Scientifically known as Amelanchier alnifolia (I bet those scientists are fun at parties), over the years the shrub (and berry) has been called the Pacific serviceberry, alder-leaf shadbush, chuckley pear, western juneberry, a couple other (stupid) things, but the only name worth knowing comes from the indigenous language of the Cree nations: saskatoon. (Fun fact: the Cree used to use the berry to add flavour and vital minerals and vitamins to their Pemmican—aka: buffalo jerky. Also, the city in Saskatchewan is named after this berry.)

Besides beefing up your jerky and acting as a stand-in for shitty fake blood, the main thing to know about the saskatoon berry is that they are fucking delicious. They also have an annoyingly large seed/pit that makes them better suited to jellies than jams (you know the difference, right?)

Which can be problematic for pies. No one wants a “seed pie,” but my mom, who’s been harvesting saskatoons since the mid 1970s, had the solution. So long as I picked the berries (bears also love them).

Make the filling first. This is the secret, if you just chuck in raw berries the pie will be too runny and the seeds will be hard and gross. You gotta cook that shit down!

Let this pie cool for a while before serving. Try to hit that sweet spot of still warm but not runny (30 mins), and of course the good vanilla ice cream will only make it better.

And that is it. This pie is well worth the effort and picking berries with your kid is some of the best outdoor child labour bonding there is. Also, saskatoons are a good source of vitamins and antioxidants, so your mom doesn’t have to worry about you getting jaundice!