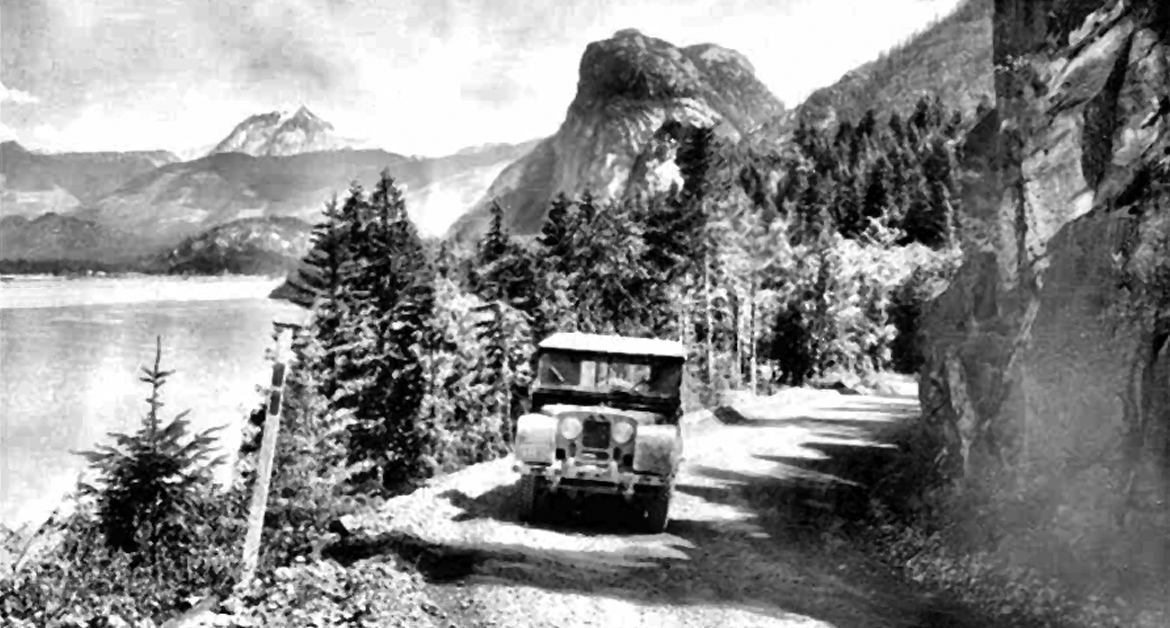 The foundation for this reality shattering life-hack comes from one of those conversations where I distinctly remember what was said, like super vividly, but have absolutely no recollection who said it. Does that matter in the long run? Probably not, because this advice might save your life…

Some backstory: I suffer from vehicular narcolepsy, or maybe low blood sugar in the afternoons, or both. Which is to say if I am in a motor vehicle between the hours of 2-5 PM, I am going to fall asleep. Even if, especially if, I’m driving.

This is an obvious problem—so many times I’ve caught myself nodding/drifting off the road or had to call a friend/roll down the windows in winter/scream Slayer songs/punch self in face/bite my own tongue until it bleeds in an attempt to stay awake, and alive.

Convinced my ultimate demise on the highway was imminent, I took my problem to a professional—a buddy who drives cabs in Whistler. For those who have never been there, Whistler was conceived, designed and built as a tourist destination with a pedestrian village, which means nearly all the hotels/bars/clubs/stores/restaurants and ski lifts are built along cobbled little “strolls” and once you park your car at the hotel you don’t need it again until you leave. Essentially an outdoor shopping mall, the pedestrian village reduces the risk of wasted tourists driving around and running over the local kids or each other.

But Whistler still needs taxis to service the locals (and the owners of the giant multi-million dollar mansions that get used a few weeks a year) who live out in niehgbourhoods as far as ten kilometres from town. So Whistler taxi cabs can still do good business, but they also have long stretches where they are all sitting in a line in a cab loop adjacent to the Village, waiting for the bars to let out.

As such, Whistler cabbies can be sitting for dozens of minutes, even hours in the dark of night, in a warm car with the engine humming… and staying awake becomes a challenge. Plus, they have to drive all night, often after skiing pow the previous day. How, I wondered, do those cats stay awake all night when I can barely make it home from work?

“What you do,” my cabbie bud explained, “is jerk off.”

Now let the record show, I’ve tried this… and it works. Really well. Especially in sweatpants. Maybe it’s the concentration needed for the actual complexities of the act, mixed with the taboo, who knows? But it keeps you awake.

Buuuuuutt it’s also, apparently, illegal. At least according to Sgt. Chris Manseau, the Division Media relations Officer for the British Columbia RCMP.  Initially, Sgt. Manseau did not seem psyched on fielding my inquiry, but after multiple emails of journalistic pressure he eventually came through.

“After some discussions with BC Highway Patrol,” Manseau wrote me, “they stated that the likely section such an activity could fall under would be Sec 144 of the BC MVA, Driving without Due Care and Attention.

They declined to give any specifics, nor could I recall in my career coming across ever giving such a fine to any driver.  Obviously, it would be dangerous to focus on anything other than the road and surrounding vehicles when driving on a highway (or anywhere for that matter). Hopefully this helps!”

It did help! (And to be honest, was a more considered response than I expected.) And if you do get caught in BC, the ticket is $368 plus 4 points against your license (4 points adds $252 when you go to renew insurance, and it goes up from there.)

But while Chris and his colleagues can’t recall catching anyone ‘diddle driving’ here in BC, there is case precedent in other provinces. According to the Internet, in 2017 a Nova Scotia man was arrested in Halifax (at 8:30 AM!!!) for “his own personal car-jacking.” (Shout out to Daily Hive Vancouver for that bit of wordplay.)

Not to be outdone by us colonialists, in the United Kingdom (according to a 2015 story on Bustle.com) apparently 26% of drivers aged 25-34 admit to taking “raunchy risks” behind the wheel. The story broke after a woman rear-ended a parked delivery van while allegedly two-fingers deep.

However, throughout this story, one thing kept bothering me—who the fuck bestowed this advice upon me in the first place. Surely that is the source we need to speak to. I started calling every cabbie I’ve ever met, to no avail. No one would admit to doing this, or even hearing about it. One dude, who shall remain un-named, scoffed openly at the idea: “Haven’t these people heard of cocaine?”

I’m pretty sure that is a ticket-able offence as well. So in the end, I guess there are two take-home lessons here:

Mikel Ibarra: Pies in the Window