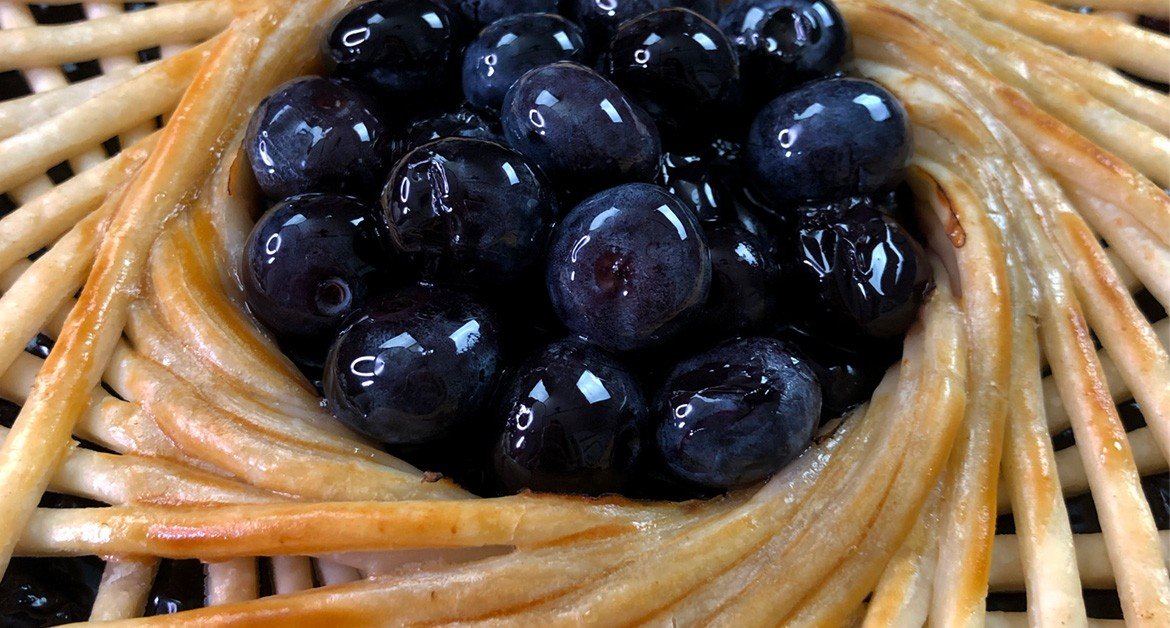 Sign a song of sixpence, a pocket full of rye.
Four and twenty blackbirds, baked in a pie…”

This old English nursery rhyme is awesome for a couple of reasons—the first being that this version of the rhyme dates back to at least 1780, making it a very early iteration of the now-ubiquitous weed number 420. Smoke a fatty and pontificate on that for a while….

The other, even awesome-er, reason is that medieval bakers actually did bake giant pie crusts and stuff them with live birds (and sometimes even live entertainers) to be served at momentous royal feasts.

And when the pie was opened, the birds began to sing;
Wasn’t that a dainty dish, to set before a king.

Historically it seems, Pie making was a cherished and respected form of high art. And so it shall be again, especially if Jessica Clark-Bojin has her way.

“People think of pies today as this simple, rustic food,” she says. “But I think pie is about to experience a renaissance in a big way.”

And Jessica is leading the charge. Best known as @thePieous on Instagram, she started tinkering with decorative pies in 2016 as a way to survive a New Year’s resolution to avoid refined sugars. “I became really desperate for some form of dessert I could eat without cheating,” she says, “and I knew that I could theoretically make a decent tasting pie using just apples, spices, and unsweetened short crust pastry… I just had no experience in the kitchen.”

What she lacked in culinary experience; Jessica made up for with creativity. “I happened to cut out the shape of a dragon on top. My family thought that was neat so I kept making artsy designs for my pie tops.”

A graduate of the Emily Carr College of Art & Design in Vancouver, Canada, Jessica also studied physics and has worked extensively as a filmmaker and entrepreneur in the tech and entertainment industries. Creativity came easily and her second pie featured a seascape of a kraken attacking a pirate ship.

While searching for pie inspiration and instruction online, she discovered that the decorative pie making styles so popular in pre-Victorian England had long fallen out of fashion. “I kind of took that as a sort of challenge to resurrect the art form,” she explains.

Forging ahead, learning from her mistakes and successes, and implementing pop-culture themes into her work, Jessica’s pie art resurrection quickly gained steam. After content-hungry websites, Buzz Feed and Bored Panda featured some early designs, she was flown to New York to be featured on ABC’s the CHEW program. CNN, CBC, People, Cosmopolitan, and over 50 other mags followed (including, finally, Pie Quarterly). Currently Jessica’s pie art videos have been viewed over 100 million times. 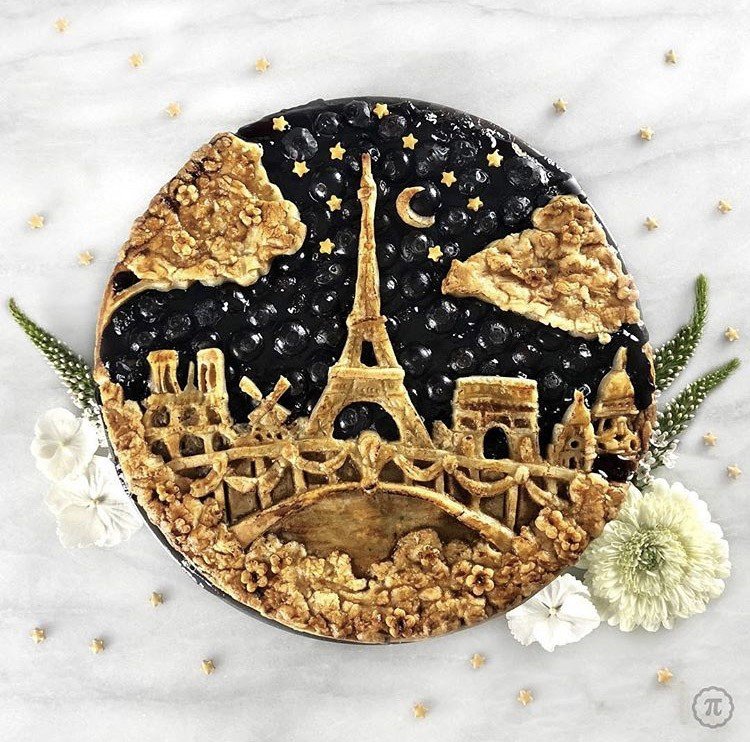 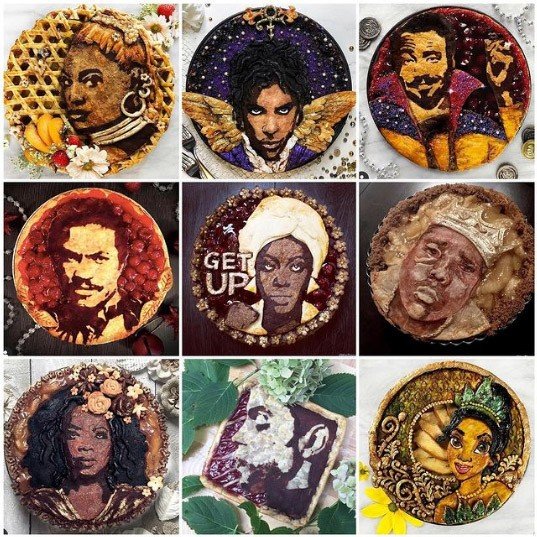 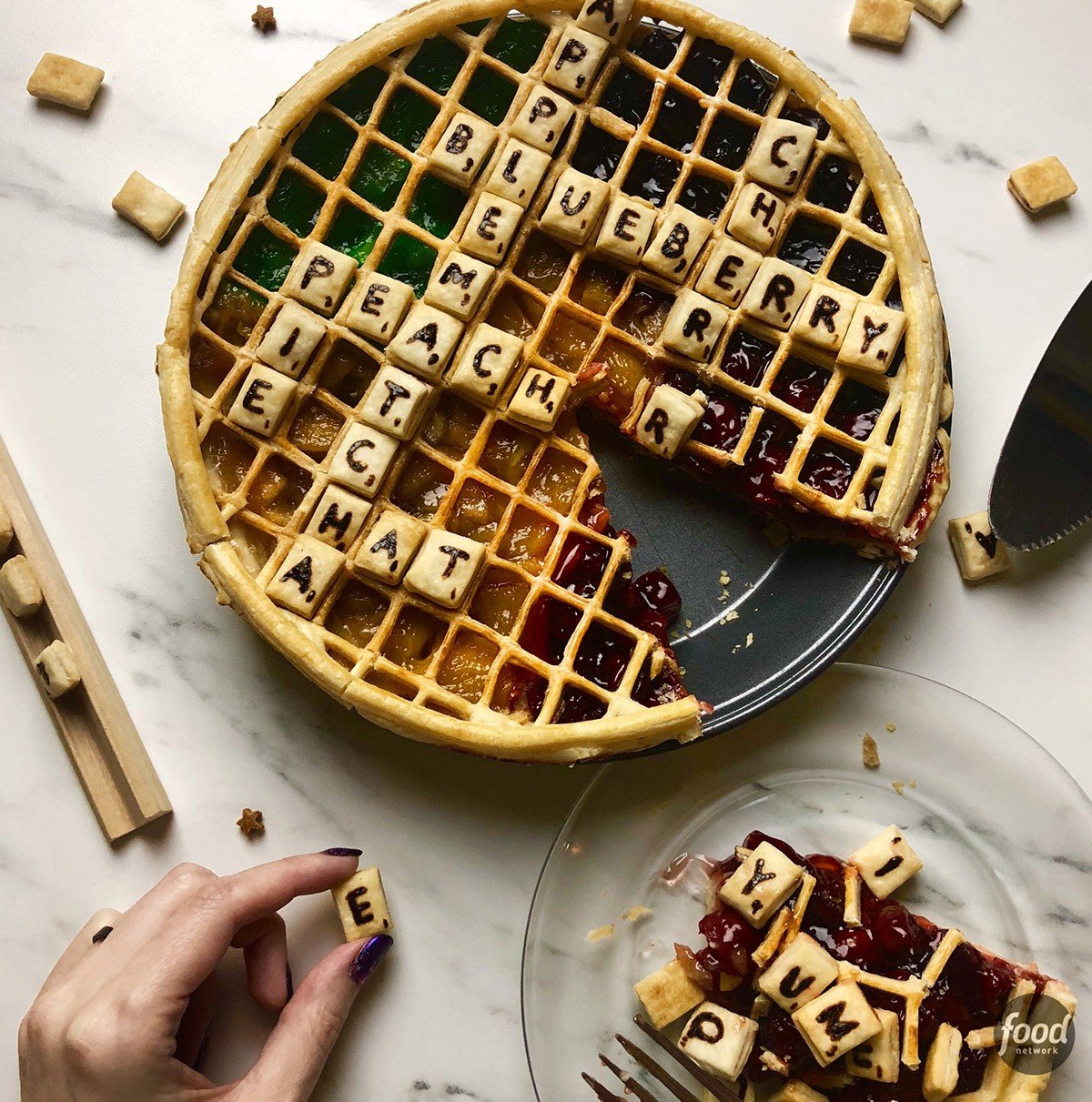 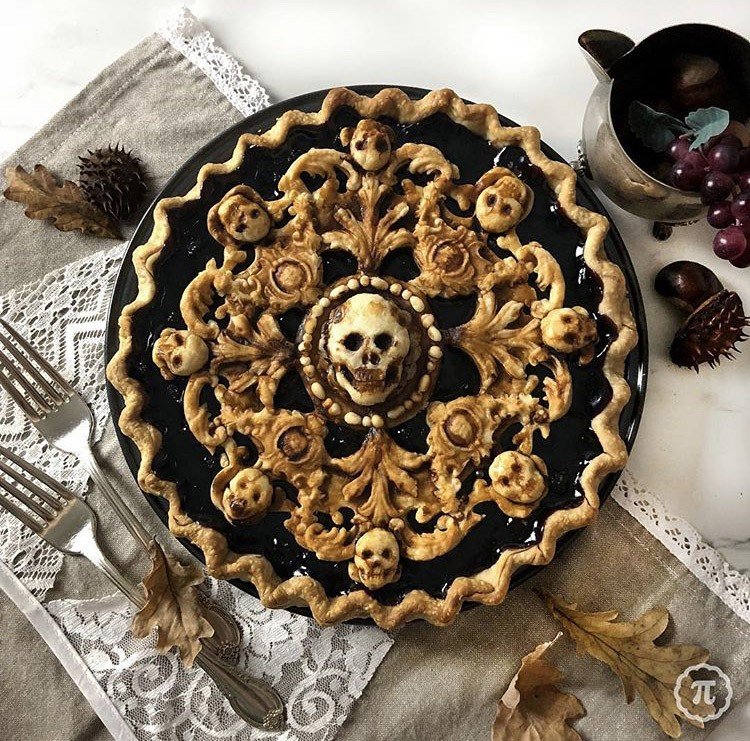 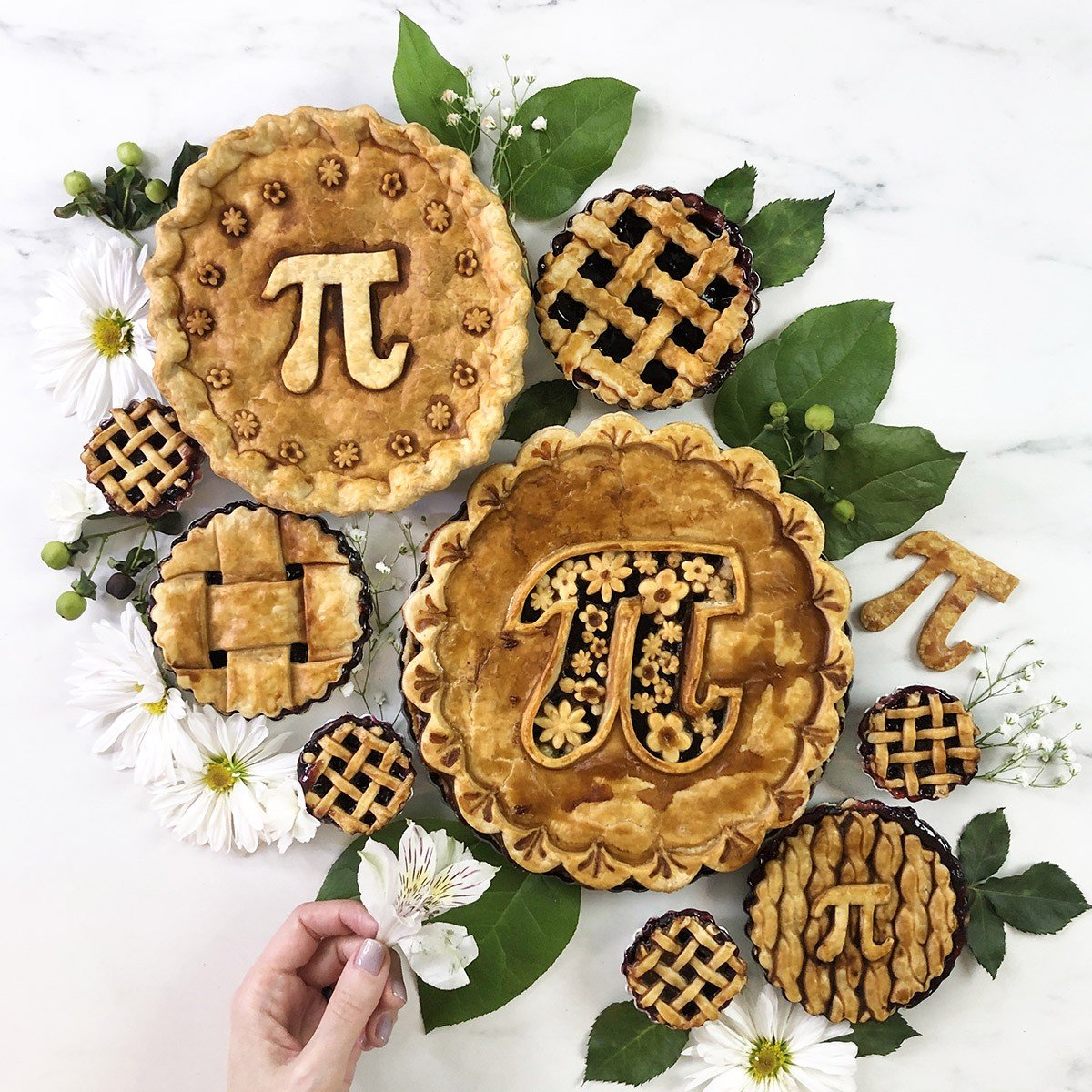 “The whole Pie-Art thing turned into a full-time career shockingly quickly,” she admits. “In October of 2016 I ran Kickstarter campaign for a line of pie baking stencils. It was fully funded in less than an hour and ended up over 1600% funded. Immediately after that I started getting corporate clients. These days I am making two or three pies in an average week, but it all depends on the complexity—a multi-tier Pie-Scraper can easily take a whole week.”

Pie fans love @thePious not just for the stunning artwork Jessica creates (a purple sparkling raspberry puree Prince pie, are you fucking kidding me?!) but also the instructional tips and behind-the-genius insight she shares. Her pie renaissance revolution has no shortage of acolytes.

“Experiment,” Jessica advises aspiring pie artists. “Look around at things that have nothing to do with baking and ask how can you apply them to pastry in some way. You’ll make a big mess but also uncover the happy accidents that lead to breakthroughs in your work. Don’t be afraid to crash and burn, just don’t burn down the kitchen. Happy Pie-oneering!”

Jessica Clark-Bojin has big news ready to drop on Pi day (3.14) so keep a keen eye on her website and especially @thePieous . And when it comes to eating pies Jessica’s taste buds remain true to her pie art roots—apple all the way.

For more a more immediate hit of pie awesomeness, check out one of Jessica’s tutorials:

Book: Between The World And Me