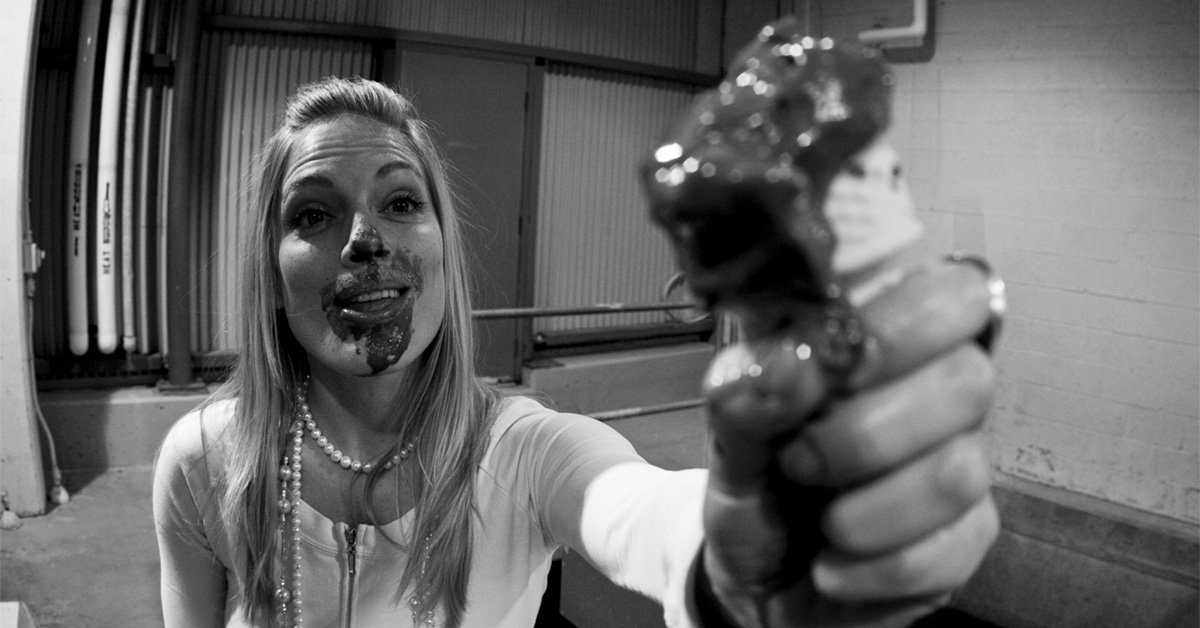 Driving up, the smell hits just as the ‘Welcome to Whistler’ sign comes into view. That pungent, gag-inducing reek of shit and rot hangs thick, as if the entire south end of town itself has just laid down a monstrous fart. It’s the Whistler Sewage Treatment Plant, and it’s working overtime.

“There are times when the smell gets pretty distasteful,” says Operations Manager Ron Sander. “When you don’t want to be chewing gum while you work.” Sander explains the foul stench is a result of the technology they use but also depends on how much crap they’re actually dealing with- the ‘flow.’ And that’s what makes Whistler’s shit unique and interesting- sometimes we have a ridiculously heavy flow.

With a permanent population of about 12,000 (including the people living in closets and attics that don’t make it into any official census) Whistler is a small town, but on high season weekends there can be as many as 40,000 tourists here- everyone eating rich foods, pounding stiff drinks, and laying down massive holiday dumps. Our small-town sewage plant (built in the ‘60s, upgraded once) routinely deals with 4 or 5 times it’s regular amount of shit. Don’t worry, we can handle it, but what really happens to all that poo?

First it enters the head woods area, Sander explains as we tour the 5-acre facility, basically a moving grate that separates any ‘foreign solids’ like condoms, tampons, credit cards, rolled up money, sex toys, golf balls and action figures. Anything even half-cool is fished out and saved on a ‘Wall of Fame.’

Next the flow is slowed down, allowed to settle, and the grease, hair, corn and peanuts get separated and pasteurized at 550 degrees and introduced to oxygen and organic organisms. Once the water is removed the dry sludge gets tested (in Europe they can test an entire community’s cocaine usage through its shit) and chemistry takes over on the liquids as ferrous-chloride and chlorine gas do the final cleaning before Whistler’s shit enters the Cheakamus river and heads off (fittingly) to Squamish. It all takes about a day.

While the system works fine right now, it does get challenging. Removing dental floss or say, a tattered Gortex ski jacket strand by strand from the pumps is dirty, meticulous work and plant supervisor Andrew Tucker and his staff of 8-9 brave souls have to stay on their toes to maintain and test the system daily. The good news, Sander tells me, is that construction is set to begin this summer on a brand new, cutting edge, $30-40 million system that should be completed in 2009.

“Whistler has lofty environmental goals and this new Biological Nutrient Removal process will use natural bacteria and organisms rather than chemicals,” Sander adds. The new plant will be a top-of-the-line, enviro-friendly facility integrated into the surrounding neighbourhood. And, perhaps most importantly, it will eliminate that tell-tale shit smell just in time for about a zillion people to arrive for the Olympics and flush, flush, flush to their heart’s content. Of course, we still have to deal with the fact that there’s only one public washroom in the entire village, but that’s another day’s problem.

This one was originally published in the Spring of 2007 in The VICE Guide to Whistler, a mini-mag VICE Magazine created to cash in/fuck around with all the hype leading up to the 2010 Winter Olympics in Vancouver/Whistler. For an up-and-coming shit disturber VICE was the hottest thing going back then and their pay rates reflected it. I guess “cool” can pay the rent back East. I didn’t care though, i was pumped to land three pieces in the guide, and hoped I could parlay that into some work for the “real” mag (i never did.) Regardless though, this was one of my favourite pieces of my entire early career, and huge thanks to Gribbon and the models (especially the models) for playing along.