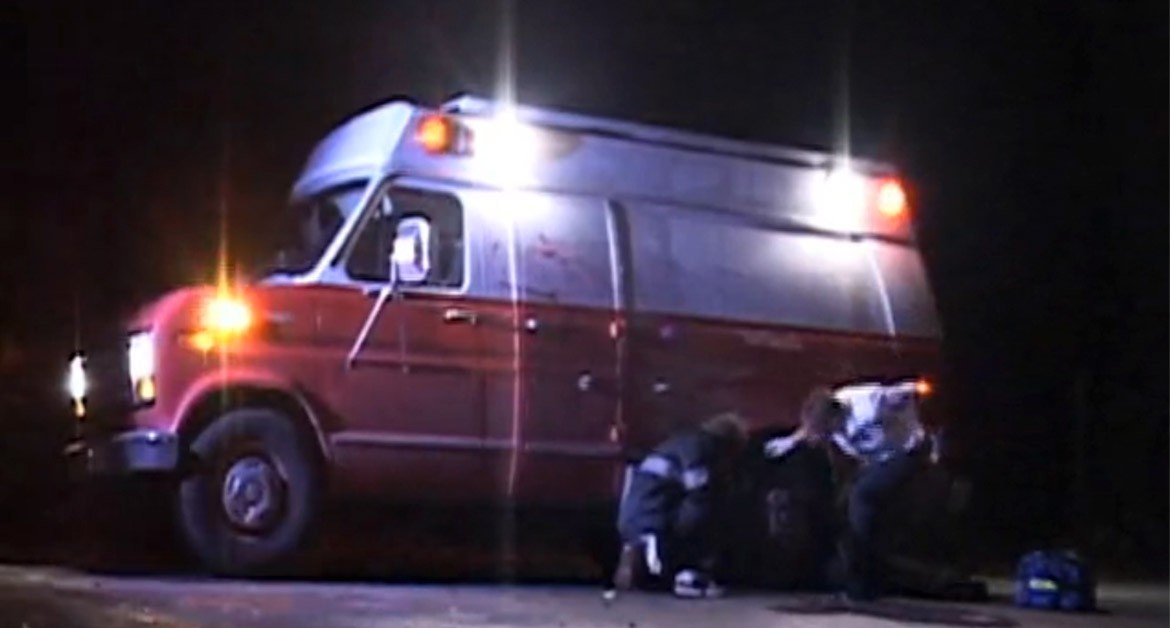 Back in 2008, Chili and I filmed the third flick in our “Green Jesus Trilogy”, the final installment of the half-baked weed-smoking superhero concept that launched our Heavy Hitting HorrorFest.

This flick was the pre-credits intro, setting up a zombie plague, the return of Lazarus, and a crazy adventure horror comedy Chili and I called in a lot of favours to complete. Green Jesus 3 was a hit with the HorrorFest crowd but never made it into mass release due to friends and neighbours wanting to keep their nude scenes off the internet, fair enough.)

This segment however, was too good to sit on. Starring the incomparable Lara Cooney, this edit ended up playing on a tv above a bar during the Whistler Film Festival one year and my favourite Canadian director Bruce McDonald (Highway 61, Hard Core Logo) saw it and asked that we show it at the closing gala WFF prior to his flick that year (Pontypool).

“I used to make shitty zombie movies too,” Bruce told me. “This is great, man.”

There’s that song that says we should never meet our heroes, but Bruce McDonald is the exception that proves the rule.